‘Shine A Light’ To Witness To Christian Faith 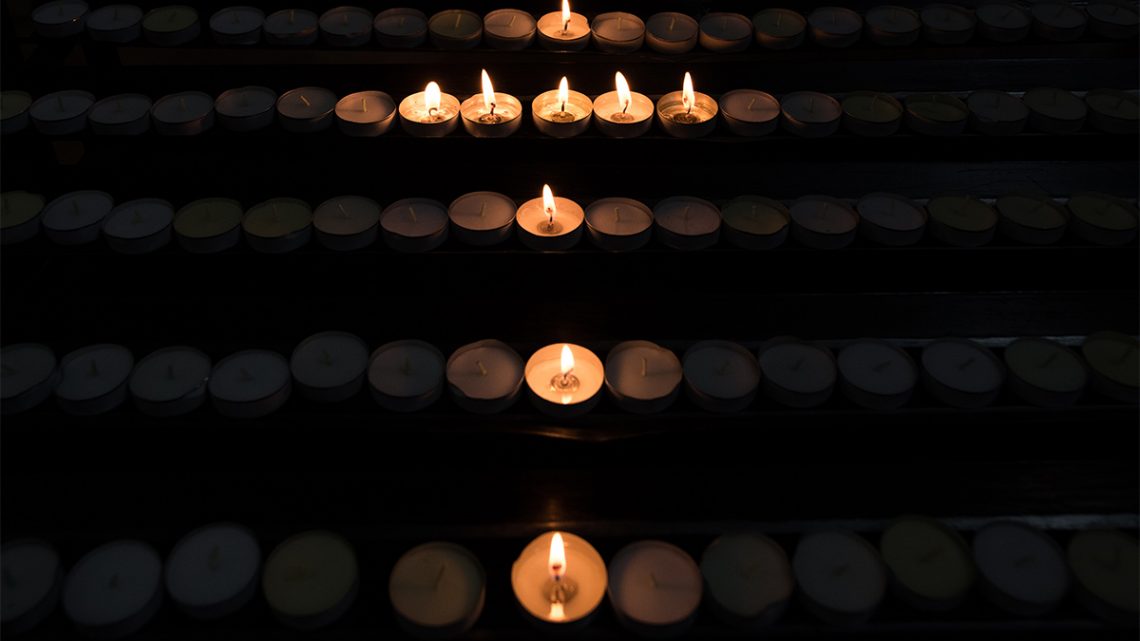 Christians across the UK are invited to place a light in their window on 31 October as a sign to passers-by that they are followers of Jesus Christ.

The initiative is called Night of Light and is the inspiration of Damian Stayne, the founder of the Catholic community, Cor et Lumen Christi. He explained:

“The Night of Light is an international initiative to reclaim Halloween as a joyful Christian celebration. In many countries around the world children’s celebrations are being organised, as are prayer gatherings, with people putting a light in their window to visibly witness to neighbours and friends.”

“The evening of 31 October is called Halloween (‘All Hallows Eve’) and is the vigil (beginning) of the Feast of All Saints – the feast in which Catholics celebrate the glory of God in His saints, the victory of light over darkness in the lives of God’s holy ones in heaven. Jesus is the ‘Light of the World’. The saints lived by that light, and became a beacon in their own generation. Everyone is called by Jesus to live out this vocation – to be the ‘Light of the world’ for others today.”

As participants are able, suggested key elements of the Night of Light include:

Some may like to wear a white item of clothing as a symbol of their allegiance to Christ, Our Light.

Although the Night of Light has run previously, this year, in partnership with the Home Mission Desk of the Catholic Bishops’ Conference of England and Wales, it is being offered as a way of following up the Visit of Pope Benedict XVI to the UK.

Bishop Kieran Conry (Arundel and Brighton), Chair of the Department for Evangelisation and Catechesis, said:

“Halloween is now the biggest commercial festival after Christmas and Easter, and it is time we reminded Christians of what it really is. The celebration of feast days is an important part of our Catholic culture. On the evening of 31 October why not do something to make your faith respectfully seen and heard? Light a candle or display publicly another kind of light, for example, perhaps alongside an image of Christ. This could be a powerful way in which we can show people that we have hope in someone other than ourselves. The light will provoke questions and is a way that people can be signposted to goodness. I encourage everyone to participate.”

Archbishop Vincent Nichols recently wrote in his Pastoral Letter to his diocese: “Making faith visible is so much a part of the invitation the Holy Father has extended to us all.” Participating in the Night of Light is offered as one way of responding to that invitation.

Additional ideas and resources to celebrate the night can be found on nightoflight.org. It follows news that copies of the Pre-Raphaelite painter William Holman Hunt’s, ‘Light of the World’ have been gifted to every parish in England and Wales as part of the legacy of Pope Benedict XVI’s visit to the UK; a reflection sheet to be used with the image can be found on the official Papal Visit website.

Hold on to the gift of joy this Home Mission Sunday