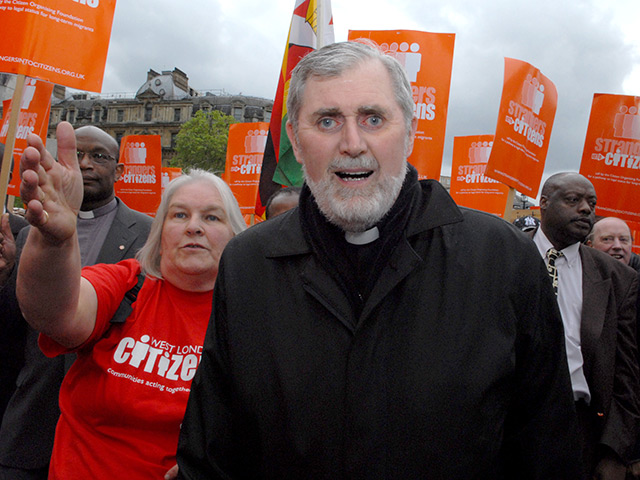 CBCEW » Migrants and Refugees » Asylum » » Right to asylum must never be denie...

It was until recently fashionable to complain that immigration was never debated in politics. Now politicians seem sometimes to argue about little else. Where does the Catholic Church stand on this important policy area?

As Christians, we need to pause amid a sometimes times frenzied debate, and think carefully about our response to immigration. The forthcoming general election in May provides a good reason to reflect.

Regardless of their legal status, migrants, like all persons, possess inherent human dignity that should be respected. Often they are subject to punitive laws and harsh treatment from enforcement officers from both receiving and transit countries. Of course, governments have a right to control their borders, and integration is crucial, as we’ll come to in a moment. But at the heart of the Gospel lies the commandment from Jesus to love your neighbour.

Again and again in the New Testament, both St Paul and St Luke speak about unity in diversity. In his letter to the Galatians, Paul says that “there is neither Jew nor Greek, neither slave nor free person, there is not male and female; for you are all one in Christ Jesus” (Gal 3:28). In chapter 15 in the Acts of the Apostles Luke refers to the equality of Jews and Gentiles, adding that God “made no distinction between us and them”. (Acts 15:7-9). It is, therefore, by growing in communion that we as a Church are able to be a clear sign and source of unity in the world of diverse cultures, races and ethnicities in which we live.

Of course practically, it is important to acknowledge the role that integration must play. One of the consequences of globalization and migration is the existence in many countries and cities of a multiplicity of different cultural communities which can have consequences for community cohesion.

Integration can be measured in terms of housing, education and social adaption to the new society, the level of acceptance by the wider society and by the willingness of the immigrant community to participate in the wider society. At an institutional level it is measured by the extent to which people from immigrant communities are welcomed, accepted and fully participate in the life of a particular institution.

It is important, therefore, that government today offers a vision for integration in the United Kingdom – a vision that recognises the diverse economic and cultural situations throughout the country. Such a vision would recognise diversity and promote mutual understanding and dialogue; clarify in a useful way the expectations the UK has of immigrants; and involve NGOs and especially Churches and faith communities that play a key role in facilitating integration.

Our experience in the Church has helped us identify three key stages in the process of integration – welcoming, belonging and ownership. Welcoming relates to the goal of recognition and acceptance of the other as different and especially showing hospitality in a way that understands and accepts. Belonging, on the other hand, relates to the goal of establishing relationships across cultural boundaries. Finally, ownership involves encouraging and helping individuals and communities to recognise and celebrate the gifts of others.

But on the fundamental question of the right to migrate, the Catholic Church has a long and rich tradition in defending it.

Based on the life and teachings of Jesus, the Church’s teaching has provided the basis for the development of basic principles regarding the right to migrate attempting to exercise their God-given human rights. In modern times, this teaching has developed extensively in response to the worldwide phenomenon of migration.

“Every human being has the right to freedom of movement and of residence within the confines of his own country; and, when there are just reasons for it, the right to emigrate to other countries and take up residence there”.

For some years now the issue of asylum has been caught up in the immigration debate, with the acceptance of asylum seekers becoming seen as a negative, and governments boasting of cutting their numbers.

But the right to asylum must never be denied when people’s lives are truly threatened in their homeland. Those who flee wars and persecution should be protected by the global community. This requires, at a minimum, that migrants have a right to claim refugee status without incarceration and to have their claims fully considered by a competent authority. Government policies that respect the basic human rights of the undocumented are necessary.

The Church recognises that all the goods of the earth belong to all people. When persons cannot find employment in their country of origin to support themselves and their families, they have a right to find work elsewhere in order to survive. Sovereign nations should provide ways to accommodate this right.

The Church also recognises the right of sovereign nations to control their territories but rejects such control when it is exerted merely for the purpose of acquiring additional wealth. More powerful economic nations, which have the ability to protect and feed their residents, have a stronger obligation to accommodate migration flows.

In conclusion, the Church recognises the right of a sovereign state to control its borders in furtherance of the common good. Crucially, it also recognises the right of human persons to migrate, so that they can realise their God-given rights. Too often our political debate revolves around numbers, and not values. Into the discourse must come Jesus’s words: “Love they neighbour as thyself.”

Bishop Patrick Lynch is an auxiliary Bishop of Southwark and Chair of the Bishops’ Conference Office for Migration Policy.

huffingtonpost.co.uk
First published online by The Huffington Post on 30 March 2015. 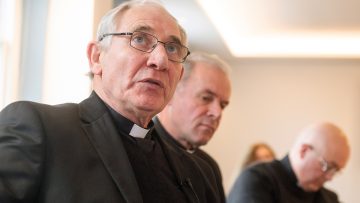 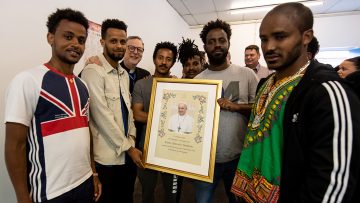 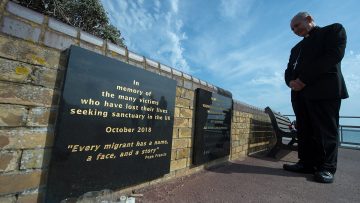 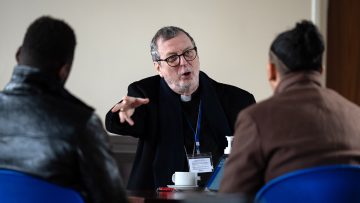