Religious are an essential part of the Church 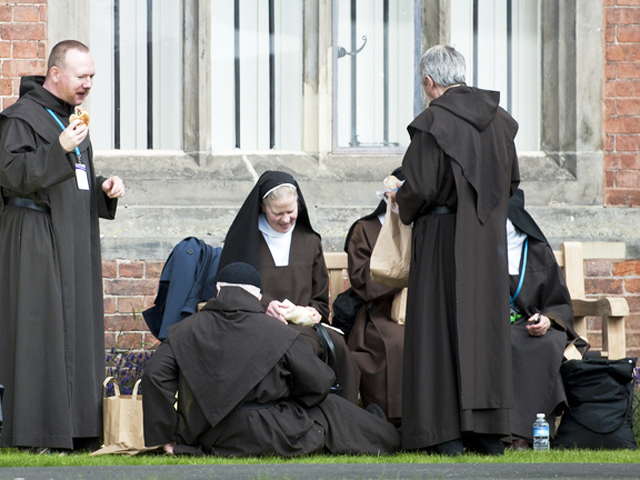 CBCEW » Vocation » Formation » » Religious are an essential part of ...

Speaking to a conference organised by the Religious Life Institute in London, Archbishop Joseph Tobin said that “religious orders are not simply an adornment of the Church they are an essential part of it.” This was, he emphasised, the conclusion of the debate surrounding the Constitution on the Church (Lumen Gentium.) Archbishop Tobin is the Secretary of the Vatican congregation that oversees all Catholic religious orders and he told the audience of 200 at Heythrop College that he is sometimes asked what he’s doing about ‘the problem of religious life.’ He answers by telling them that “religious life is life, not a problem and that, like all of life, it has its problems.”

Describing how religious life had changed in the fifty years since the Second Vatican Council, the Archbishop emphasised that this Council was the first to describe a theology of religious life rather than simply treating it as a set of rules. The emphasis in religious life had shifted from rule and observance to Gospel and community. During discussion, a sister said “we are at a divisive moment in the life of the Church” as some seem intent on going back to rule and observance. In response, Archbishop Tobin said that the Church does not go backwards but that there was a need to consider how best to move forwards.

Looking to the future, he said that declining numbers is a reality but that the future should not be about statistics. The wise virgins are still waiting in faith for the Lord who is to come. Hospitality lies at the heart of religious life, welcoming all as a way of welcoming Christ.

heythrop.ac.uk/research.html
The Religious Life Institute is part of Heythrop College that fosters a theological vision of Christian religious life through study and research.

vatican.va/roman_curia/index.htm
Archbishop Joseph Tobin is Secretary of the Congregation for Institutes of Consecrated Life and Societies of Apostolic Life in the Vatican. He is a former Superior General of the Redemptorist order.