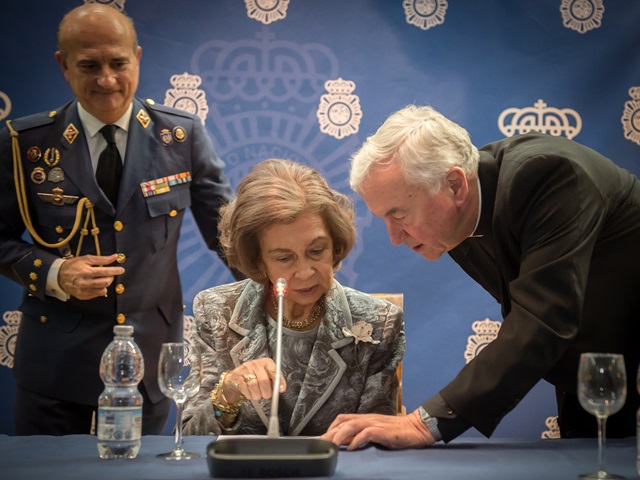 Taking place 45km north of the Spanish Capital Madrid, in El Escorial, the Group met for the third time since it was founded in the presence of Pope Francis last year, for a conference titled ‘Partnerships in Practice: From Strategy to Delivery’.

Queen Sofia chaired the opening ceremony of the conference.

The conference was organised in partnership with the Spanish National Police, the Most Reverend Carlos Osoro Sierra, Archbishop of Madrid, UK Independent Anti-Slavery Commissioner and Cardinal Vincent Nichols, Archbishop of Westminster.

“This conference serves to strengthen those trusting relationships and reinforce action taken, and planned, in the service, protection and nurture of victims of human trafficking.”

The Santa Marta Group is a growing global network of partners from law enforcement and the Catholic Church committed to tackling human trafficking and modern slavery.

It has members from over 30 countries.

Each member is independent but united by a mutual respect and desire to work together to tackle modern slavery. Creativity, imagination and flexibility are the characteristics of the partnership, along with a determination to place victims’ needs at the centre of their response.