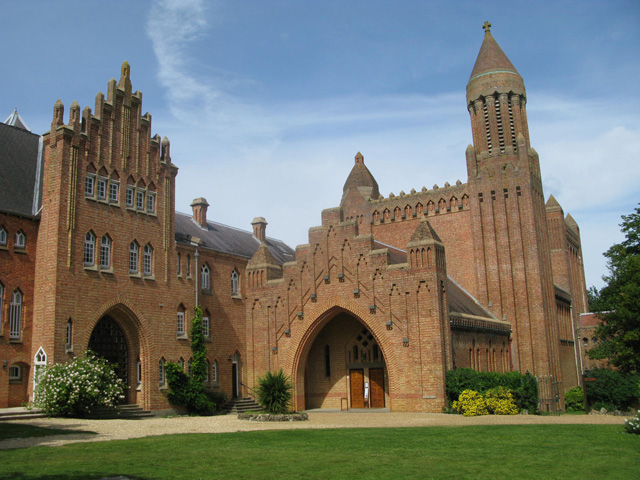 Father Xavier Perrin has been appointed to succeed Father Finbar Kealy as Prior Administrator of Quarr Abbey. He will take up this new appointment in May.

Dom Xavier was born in Tours on 27 July 1958. He studied French Literature at Rennes and History of Art at the Sorbonne before entering the Abbey of St Anne, Kergonan, Brittany in 1980.

He made his final vows in Brittany in 1985 and was ordained priest in 1989. Meanwhile he had completed his ecclesiastical studies at the Abbey of Solesmes. He also studied Theology at Fribourg and Munich.

Father Xavier has written extensively on the history of his monastery and of the Solesmes Congregation, to which both Quarr and Kergonan belong. He has also written on spirituality, and on Gregorian chant.

The first of Father Xavier’s visits to Quarr was as representative of his community at the funeral of Abbot Leo Avery in 1996.

Pronounced ‘Cor’ Abbey, the Abbey of Our Lady of Quarr is a monastery on the Isle of Wight, just off the south coast of England. It is home to a small group of Benedictine monks who strive to dedicate their lives to the glory of God, and whose day is characterised by prayer, work and community life.

quarrabbey.co.uk
The official website of the Abbey of Our Lady of Quarr.