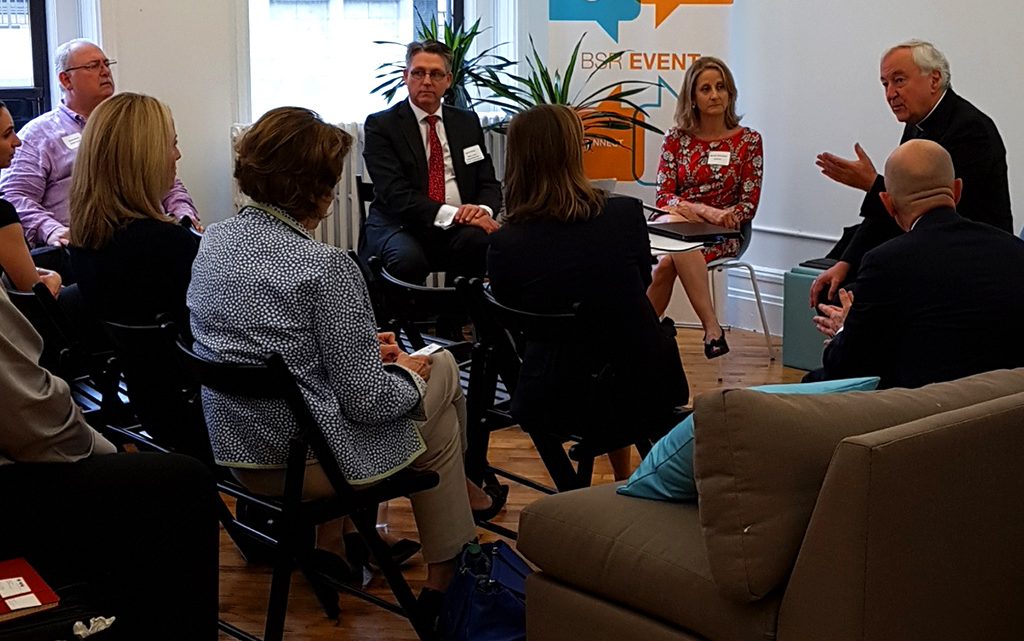 Cardinal Vincent Nichols, President of both the Bishops’ Conference and the Santa Marta Group, has addressed business leaders at an anti-trafficking meeting in New York today, 22 May 2018.

He called for businesses to put the human at the centre of their efforts and make the struggle against human trafficking a priority.

“Traffickers are organised; we are not. We all need to co-ordinate our efforts and this demands less ego; less fear about reputation,” said Cardinal Nichols.

“Let’s be honest about our failings; honest about the problems and collaborate. Every business transaction involves a human interaction. Businesses need to re-humanise their efforts. This struggle against trafficking cannot be put into the corporate social responsibility box or because of potential liability. This struggle requires a radical commitment to the human.”

Santa Marta Group at the UN

‘The Santa Marta Group: Police and Religious Leaders Partnering to Eradicate Modern Slavery By Building Trust in Leadership, Action and Accountability’ was a session, on 22 May, at the UN.

The Santa Marta Group is a global alliance between the Catholic Church and law enforcement agencies working to eradicate human trafficking and modern slavery. Find out more at santamartagroup.com