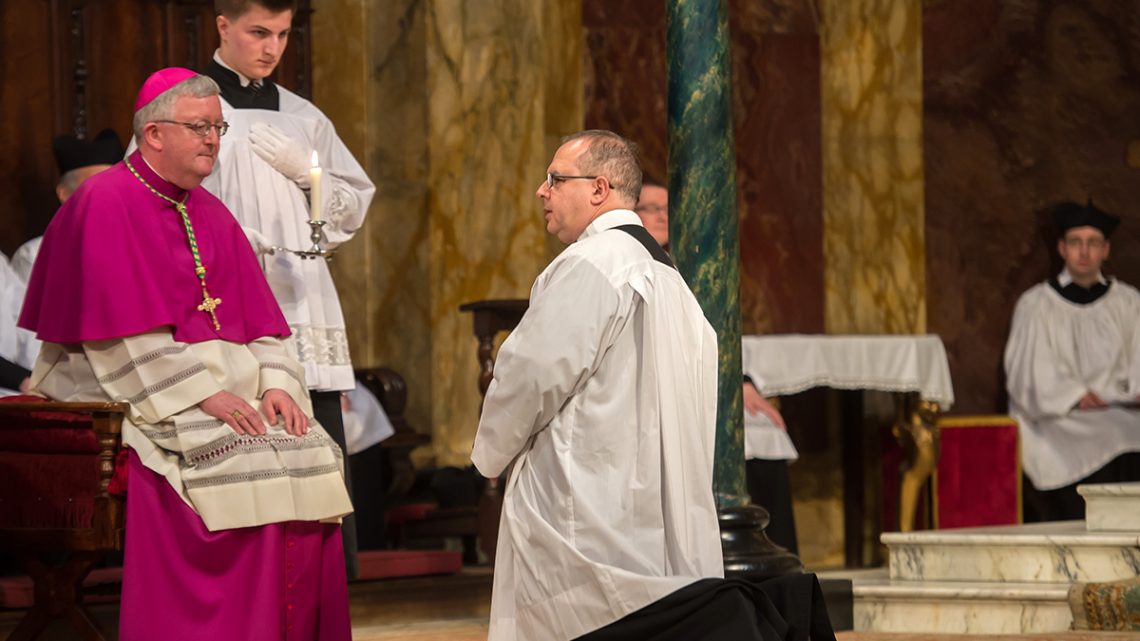 A Vigil of Prayer was held at Birmingham Oratory on the eve of Fr Robert Byrne’s Episcopal Ordination on 13 May. It was attended by the Oratory Fathers from Birmingham, Oxford, Manchester, London and York, together with Fr Robert’s friends and family members, including his parents and uncle, Fr John Rigby from the Diocese of Salford.

In his Vigil homily, Archbishop Longley said that Fr Robert’s episcopal ministry is “one of the gifts we have received through the intercession of Blessed John Henry, Cardinal Newman.”

He also gave thanks to Our Lady of Fatima whose feast day it is on the day of the ordination and who answered the Archbishop’s prayer for a new Auxiliary Bishop:

“Last summer I went for the first time on pilgrimage to the Shrine of Our Lady at Fatima and among my intentions was a prayer that we might soon be blessed with a new Auxiliary Bishop. Tomorrow’s date was Fr Robert’s choosing, not mine, but it cannot fail to prompt me and all of us to give our thanks to God for the loving patronage of Our Lady of Fatima.”

Our Lady of Fatima 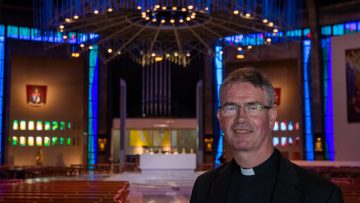