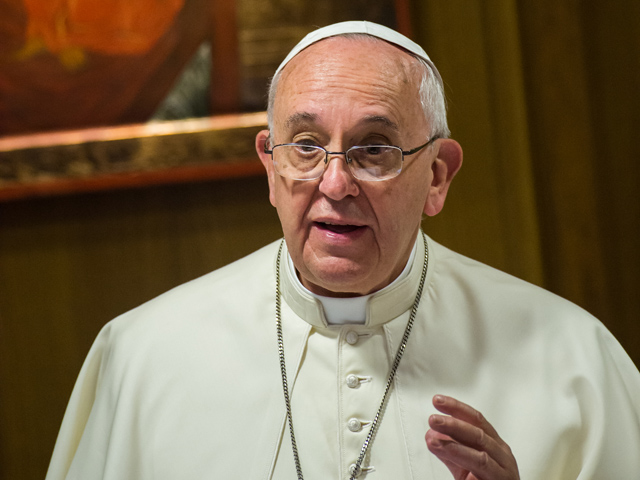 Pope Francis addressed the Fathers of the Extraordinary Assembly of the Synod of Bishops on Monday morning, 6 October, as they began their first full day of sessions exploring the pastoral challenges of the family in the context of evangelisation.

In remarks prepared for the occasion, the Holy Father called on all participants in the meeting to speak their minds with fearless frankness, and to listen to one another in a spirit of true charity.

Pope Francis told the Fathers, “It is necessary [here] to say all that, which, in the Lord, one feels the need to say: without regard for station [It. Senza rispetto umano] and unabashedly [It. Senza pavidità].”

Pope Francis also spoke of the concrete steps he has taken to show that he intends the gathering to be a truly and authentically collegial: an exercise of shared responsibility on the part of the shepherds of God’s flock.

Pope Francis went on to offer renewed expressions of desire for a genuinely collegial spirit to govern the proceedings.