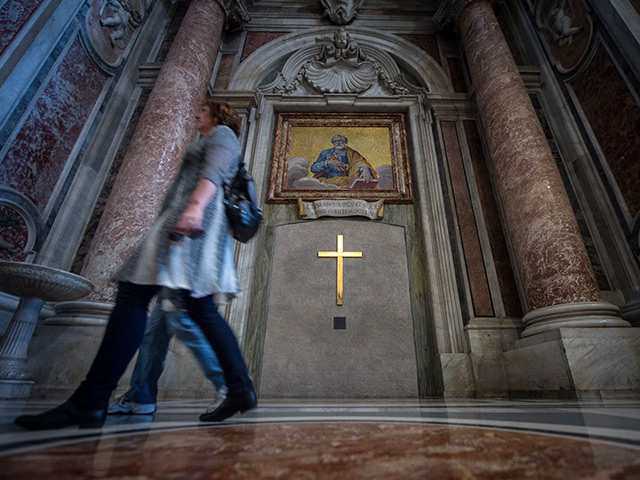 Pope Francis celebrated Mass on Sunday in St. Peter’s Square, on the Solemnity of Our Lord Jesus Christ King of the Universe, and the conclusion of the Extraordinary Jubilee Year of Mercy.

The liturgy began with the Holy Father closing the Holy Door in St. Peter’s Basilica, through which pilgrims passed during the course of the Jubilee as a sign of penance and devotion.

In his homily, Pope Francis said, “Even if the Holy Door closes, the true door of mercy which is the heart of Christ always remains open wide for us.”

The kingship of Christ in its cosmic, social, and personal dimensions was the main focus of the Holy Father’s remarks to the faithful.

“The grandeur of Christ’s kingdom is not power as defined by this world, but the love of God, a love capable of encountering and healing all things,” said Pope Francis. “Christ lowered himself to us out of this love, he lived our human misery, he suffered the lowest point of our human condition: injustice, betrayal, abandonment; he experienced death, the tomb, hell.”

“And so,” the Pope went on to say, “our King went to the ends of the universe in order to embrace and save every living being. He did not condemn us, nor did he conquer us, and he never disregarded our freedom, but he paved the way with a humble love that forgives all things, hopes all things, sustains all things (cf. 1 Cor 13:7).”

Following the conclusion of the Mass, the Holy Father signed the Apostolic Letter Misecordia et misera, addressed to the whole Church, which is to be published Monday as a concluding reflection on the Year of Mercy.

A note from the Press Office of the Holy See explains that a small group of individuals representing the whole people of God in every state of life within the Church, received the letter from the hands of Pope Francis directly: Cardinal Luis Antonio Tagle, Archbishop of Manila; Archbishop Leo Cushley of Saint Andrews and Edinburgh; two priests from the Democratic Republic of Congo and Brazil respectively, who served as Missionaries of Mercy; a permanent deacon of the diocese of Rome, together with his family; two religious sisters, respectively coming from Mexico and South Korea; three generations of a family from the United States of America; a young couple engaged to be married; two mothers who serve as catechists of a parish in Rome; a disabled person and a sick person.