Ordinariate in bid to buy church of its own 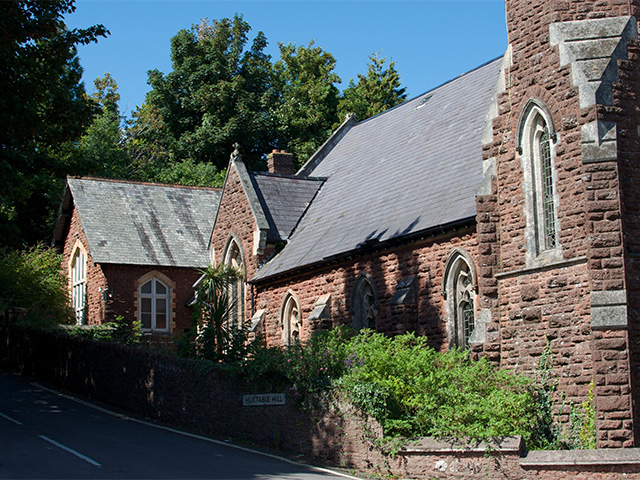 CBCEW » News and Media » » Ordinariate in bid to buy church of...

The Personal Ordinariate of Our Lady of Walsingham is launching an appeal for funds this week to help it to buy a redundant Methodist church in Torquay Devon.

If it succeeds, the church will be the first the Ordinariate has bought for itself since the structure was established by Pope Benedict in 2011 to allow former Anglicans who wish to enter the full communion of the Catholic Church to do so, whilst bringing with them aspects of their Anglican patrimony and heritage.

In an appeal leaflet being sent out this week to potential supporters of the project, the Ordinary of the Ordinariate, Mgr Keith Newton, the former Anglican bishop of Richborough, says:

“If we are to grow and flourish in the way that Pope Benedict intended when he set up the Ordinariate, we need to acquire buildings of our own so that we can establish them as centres for our particular mission and purpose. The purchase of this church provides a wonderful opportunity to do just that. I warmly encourage you to help in any way you are able, to preserve this church as a place of Christian worship from where the Torbay Ordinariate Mission can reach out to the local community and minister to both its spiritual and material needs”.

Fr David Lashbrooke, a former Anglican priest, now a Catholic priest of the Ordinariate, who leads the Torbay Ordinariate Mission, says the venture is particularly exciting because the site has all the necessary space for a mission community to lead a full liturgical life as well as being able to provide teaching of the faith and offer hospitality to the local community.

Fr Lashbrooke says: “Earlier this year we began conversations with the local Methodist community who are vacating their site at Chelston, Torquay. In a very moving final service the Methodist minister passed on a light from a candle to express his hope that we might be able to keep the Christian flame burning on this site. But we need to act quickly before the church has to be put on the open market”.

The Methodists are asking £150,000 for the site, which, as well as the church, includes halls and a building which could be converted to become a presbytery to house an Ordinariate priest. So far, Fr Lashbrooke has raised £36,000. He is seeking cash donations and/or a loan to secure the church. If he manages to raise the money necessary for its purchase, phase two of the project would be to renovate the church, for which the estimated cost is £62,000 and phase three would be to convert the presbytery. This would cost an estimated £57,000.

A spokeswoman for the Ordinariate said: “Speaking as a cradle Catholic myself, I am struck by the particular gifts which former Anglican clergy and laity bring to the wider Catholic Church through the Ordinariate. These gifts include a commitment to teaching, mission, fellowship and outreach. This project presents a wonderful opportunity for the Ordinariate to establish in Torquay a tangible expression of the Anglican patrimony with which it enriches the Catholic Church and which has such an important part to play in the urgent task of the new evangelisation”.

Currently the Ordinariate, which has 87 priests and about 40 groups of lay members the length and breadth of the country, has the care of two churches, both in London.

Anyone wishing to donate to the Torquay church project should send a cheque made payable to: Ordinariate OLW – Torbay Group to: