Olympics and Paralympics a ‘Wonderful’ Example of Community Cohesion 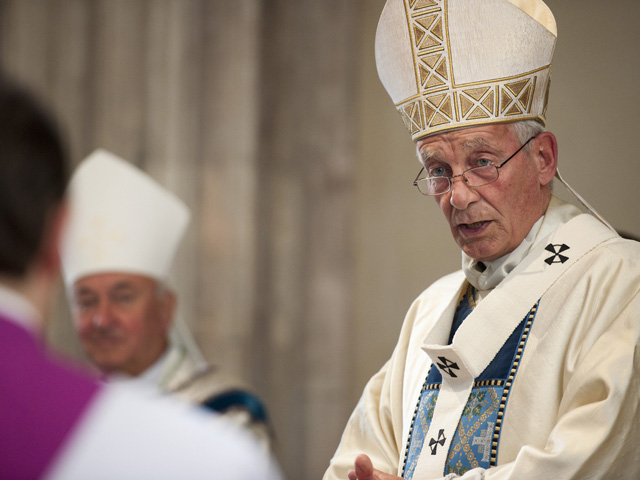 Vice President of the Bishops’ Conference, Archbishop Peter Smith of Southwark, used his homily at the Mass of Thanksgiving for the Olympic and Paralympic Games to praise the “wonderful and moving” example of community cohesion on display at London 2012.

Recognising the dedication and commitment to excellence of both the competitors and those who helped support the Games, Archbishop Smith heralded the community spirit as “a living out of the second commandment, ‘Love thy neighbour as yourself’.”

Archbishop Smith concluded his homily by focusing on the legacy of these two extraordinary events.

Looking towards the choir of young people made up of 40 children and teenagers from the Most Holy Trinity Parish, Dockhead, and St William of York Parish, Forest Hill, south London, Archbishop Smith said:

“I’m asking myself, what lasting legacy are we going to build with them and for them? It’s a question which presents a challenge to all of us: to our families, our schools and colleges, our parish communities, our neighbourhoods and wider society. Inspired by the games, I hope it will be a society in which every person will be held in respect and in which the human dignity of every person will be honoured and protected; a society in which everyone will be helped to flourish and achieve their full potential and become truly ‘images of the living God’; a society characterised by the living out of the second commandment: ‘Love your neighbour as yourself.'”