Olympic stamp of approval from Archbishops 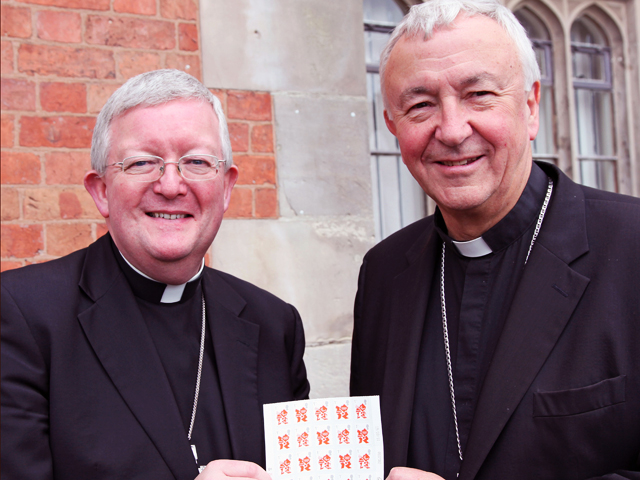 The Archbishops of Westminster and Birmingham have given their stamp of approval to the special Olympic and Paralympic definitive postage stamps issued by Royal Mail to mark the London 2012 Olympic Games.

Looking at the stamps, the Archbishop Vincent Nichols, President of the Catholic Bishops’ Conference of England and Wales, said: “The Olympic Games has brought the sporting world to London. The spirit in which they are now being conducted points to the deep unity within the best of our human family – a unity which comes from God and finds its fulfilment only in God.”

Archbishop Nichols added: “I hope that these Olympic Games, and these postage stamps, will reawaken within us all our true potential for peace and harmony.”

Archbishop Bernard Longley said: “These special Olympic and Paralympic postage stamps issued by Royal Mail are a wonderful reminder of the privilege of hosting the Games in the United Kingdom. These Games have touched not only London but every local community across the country.”

He emphasised: “Postage stamps have the ability to draw people together, nationally and internationally. These stamps will remind us of the important values which are the foundation for the Olympic Games, values that unite us as we admire them and are inspired by them.”

Archbishop Longley added: “Once again, postage stamps that reach into so many homes and offices will be a reminder of the  values of honesty, courage and perseverance that the Olympic Games promote and demonstrate.”