New Rector for the Pontifical Beda College in Rome 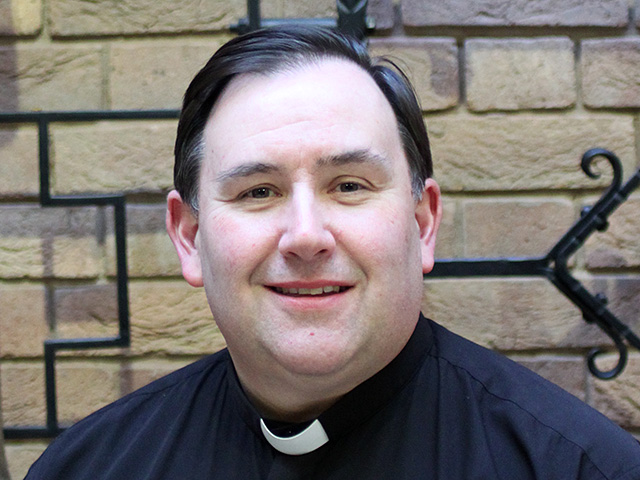 At the request of the Catholic Bishops’ Conference of England and Wales, the Congregation for The Clergy has appointed Canon Philip Gillespie, a priest of the Archdiocese of Liverpool and currently Dean of the Catholic community on the Isle of Man, as Rector of the Pontifical Beda College in Rome.

He succeeds Monsignor Roderick Strange of the Diocese of Shrewsbury who after nearly 17 years, will return to England to take up a position at Saint Mary’s University, Twickenham, London.

On hearing of the appointment Monsignor Strange said:

“The responsibility for helping Beda men from more than 20 countries discern their vocation and preparing more than 170 of them for ministerial priesthood over the past 17 years has been an unimaginable privilege for me. My prayers and good wishes will accompany Canon Philip Gillespie as he continues this vital work. He will find the Beda family in good heart.”

“I have to confess that I was very surprised by the news of this appointment and while I am truly sorry to be leaving the Isle of Man, I am immensely grateful for the privilege of being able to share with the students at the Beda my love of the ministerial priesthood and, in conjunction with the other staff of the college, assisting in their discernment and preparation.”

The Beda College in Rome was founded in 1852 by Pius IX to accommodate a number of clergymen from England who had joined the Roman Catholic Church from other Christian denominations and wished to prepare for the Catholic priesthood. They came only for four years, because they were seen to have significant experience already. The new College, first known as Collegio Ecclesiastico and later as Collegio Pio, also included lifelong Catholics, drawn to the priesthood later in life. A third category comprised priests studying for post-graduate degrees in Rome.

Pope Leo XIII issued a new constitution in 1898 and placed the college under the patronage of the Venerable Bede, the eighth century Anglo-Saxon monk and scholar. Cardinal Howard bequeathed to the two colleges his valuable library.

In 1956 Pope Pius XII provided from extraterritorial property of the Holy See the land on which the present Beda stands, adjacent to the Basilica of Saint Paul Outside the Walls. Pope John XXIII formally opened the new building on 20 October 1960.

The Beda remains the responsibility of the Bishops of England and Wales but now receives men from English-speaking countries worldwide. About the appointment Archbishop Bernard Longley, Chairman of the Catholic Bishops’ Conference of England and Wales Special Commission on Overseas Seminaries, said:

“I am delighted that the Holy See has appointed Canon Philip Gillespie as the new Rector of the Beda College. Canon Gillespie brings considerable experience both as a pastor and parish priest and from his years as a member of staff and Vice Rector of St Cuthbert’s College, Ushaw. He is well suited to the work of assisting students in their discernment and preparation for ordination and he is looking forward to working with his colleagues on the staff and alongside the FMDM Sisters. I also wish to pay tribute to Mgr Strange’s seventeen years of devoted and fruitful service in priestly formation and I wish him every blessing for his future ministry.”

“Canon Philip Gillespie goes to his new post at the Beda with the prayers and good wishes of the priests of the Archdiocese of Liverpool. Canon Philip is a very fine pastor who has considerable experience of the formation of future priests and I am sure that he will prove a worthy successor to Monsignor Roderick Strange, and continue his excellent work.”

Canon Gillespie has recently celebrated his Silver Jubilee of Ordination.