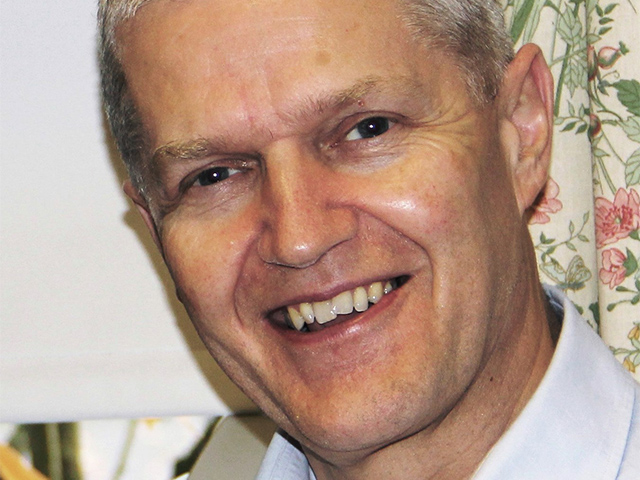 He succeeds Tim Bradford who will retire at Easter after nearly twenty years at the Society, the last four of which, as its CEO, developing an exciting new vision for its social action work.

About the appointment Archbishop Bernard Longley, President of the Society said: “Andy Quinn’s appointment as CEO is very good news for Father Hudson’s Society and for the Archdiocese of Birmingham. He brings a proven commitment to the many fruitful partnerships and projects through which Father Hudson’s Society works together with parishes and Catholic organisations across the Archdiocese. I know that he will encourage these projects to continue to reach in service of the wider community.

At the same time, I am immensely grateful for all that Tim Bradford has done to further the Church’s mission during his years at Father Hudson’s Society and I thank him especially for the leadership that he has given as CEO in recent years. I assure him of my prayers and best wishes for the future.”

On hearing of the appointment, Mr Bradford said: “I am delighted that Andy has been appointed the next CEO of Father Hudson’s Society. I have worked with Andy over the last ten years and know his deep commitment to Catholic Social Action and to the work of Father Hudson’s. He has great energy and will work hard to continue the development of the agency whilst maintaining the quality of its services to beneficiaries of which it is rightly proud. I wish him God’s blessings and every success in the future.”

Andrew Quinn said: “Tim has been keen for some time to ensure that the old Homes’ buildings at Coleshill could be redeveloped, so that the Society would have new, more affordable offices and most importantly be able to focus more completely on providing and developing services to support those in great need. However, over the last four years he has done much more than this. St Andrew’s had to close but our residents there were assured of new homes, with more independent living options, still in Coleshill, as well as continuing care through the new Domiciliary care service. Together Tim and I developed the older people’s project in North staffs and on behalf of the Diocese established the new Caritas AOB network, organising roadshows and consultations. He has helped guide Anawim to becoming a charity in its own right and ensured that all our current work has flourished too. A significant part of Tim’s legacy will be the beautiful new Chapel which he personally oversaw.

“When I was appointed I was very grateful to be given the opportunity by the Trustees to use whatever experience and skills I have to support the vulnerable and marginalised as they seek to live out their dignity as children of God. My hope is that our work will always be very professional and suffused with Christ’s love. I will only be content if we, as an organisation and as a Church, use every resource we have for the benefit of those who most need it. I do not believe in burying our talents in the ground. I admire those wealthy people who share their wealth in a sustainable way whilst they are alive and I think we need to always look to Christ who gave away his divinity in such an unselfish way to enrich this world and each of our lives.”

Father Hudson’s Society is the Social Care Agency of the Catholic Archdiocese of Birmingham providing residential care and day care for adults with disabilities and those suffering from the frailty of old age or dementia at its site in Coleshill, North Warwickshire, from where it also operates Fostering and Adoption Support services, both rated as “Outstanding” by Ofsted. Away from Coleshill it offers Family Support in over 30 schools from Stoke on Trent to Oxford, and working in collaboration with others has projects around the Diocese involved in working with Asylum Seekers, Women in the criminal justice system or on the streets, lonely and isolated older people and community children and family support. It employs over 250 staff and is supported by numerous volunteers.

Andrew Quinn
Worked for eight years at Acorns Children’s hospice – starting as Volunteer Manager and ending as Community Team Manager – the community team was a richly diverse, professional and caring team who provided family support to parents of children who would have short but much treasured lives. For the next four years, he was responsible for establishing a Sure Start project in Ladywood, Birmingham – the vision for which was to recruit a multi professional team of over thirty staff and create agreements with other specialist agencies to provide a range of support services to families of preschool children; also to oversee the building of a new Sure start Centre for children and families.
For the last ten years, Andrew has worked at Father Hudson’s Society supporting community projects, including developing new ones, as well as establishing a new Family Support in School Communities’ service and managing the fundraising team.
Before Acorns, he worked in the Archdiocese of Birmingham, for five years in two parishes and for ten years as a Diocesan Youth Officer, tasked with establishing the diocesan parish youth ministry service, working closely with parish priests, deacons and parish youth leaders.

Tim Bradford
Joined Father Hudson’s Society in 1995 as Head of Finance and Support Services, taking the lead role on Finance, Property, HR and Fundraising, working closely with the director and supporting him at Trustee meetings. During that period the Society invested £4.5million in purpose designed facilities for frail older people and those with dementia and for profoundly disabled adults. In the community it developed a Family centre for Hope Project in Wolverhampton, a centre for Brushstrokes Project in Smethwick, and a centre for Anawim Project in Balsall Heath. Further parish and school based projects were developed under the leadership of Head of Community projects, Andrew Quinn.

During that period the Society closed St Gerard’s Hospital and transferred its adoption work into a newly formed charity, of which Tim was a founding trustee, and he remained on the board for 5 years.

Appointed Chief Executive in 2011 upon the retirement of Kevin Caffrey MBE. Tim devoted much attention to generating in consultation with trustees and staff a new vision for the development of the Society during the second decade of 21st century, much of which depended upon the successful disposal of redundant buildings at the main site in Coleshill, which had been a drain on the Society for many years. A deal was negotiated with a developer which included the building of a new functional and efficient headquarters next to the Society’s care home in Coleshill. The new office was opened by Most Rev Bernard Longley Archbishop of Birmingham in December 2014.

Away from work Tim has been an active member of Our Lady and All Saints parish, Stourbridge, having been at various times, Chair of Parish Council, Chair of Churches Together in Stourbridge, School Governor, President of Stourbridge Catenians. He is passionate about ecumenism (his father’s family were strong Methodists, and his wife was, prior to converting, a practising Anglican) and for a number of years he organised monthly ecumenical Taize services around Stourbridge churches and chapels. He is married to Val, they have one son, Chris, married to Sarah, and a young granddaughter, Isobel.