Marriage in its current form is essential to the common good 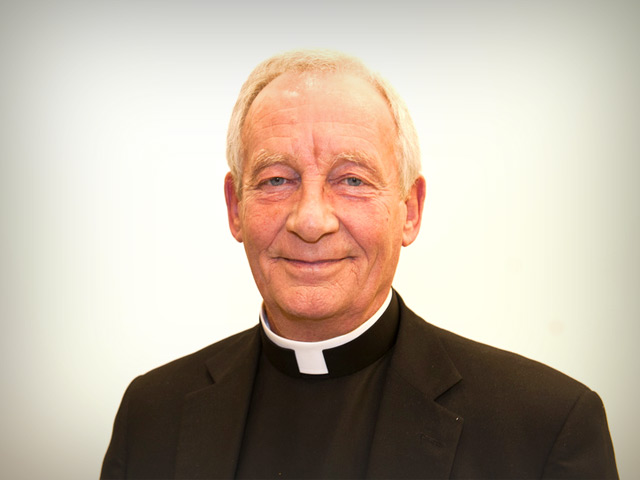 By Archbishop Peter Smith, Vice-President of the Catholic Bishops’ Conference of England and Wales

When I saw Maria Miller, the Secretary of State, yesterday afternoon she was keen to reassure me that the Church had nothing to worry about. The proposed Bill would have a “quadruple lock” with cast-iron guarantees to protect freedom of religion.

On the face of it, this might seem reassuring, although I find this very curious when I reflect that the Prime Minister has repeatedly said that the reason he is against statutory regulation of the press, is the fear of what a subsequent Parliament might do to amend the Act. If he cannot rely on Parliament to respect the freedom of the press in the future, why does he think even a quadruple lock would protect freedom of religion in the future?

However, as I explained to the Secretary of State, the question of religious freedom was not our primary concern in opposing such a Bill. There is only one institution called marriage, whether you enter it by a civil or religious route, and it is for the good of society as a whole that we are concerned. The essence of marriage involves the complementarity of the two genders, male and female.

Same-sex marriage is a policy which was initially announced in 2011. It did not go through the normal democratic process: there was no manifesto mandate or prior public consultation such as a green paper or white paper. And there was no mention of it in the Queen’s speech. All it got was a Party Conference headline which helped the Prime Minister re-brand his Party’s image. What is particularly sad, though, is that subsequently there is no evidence of the Government even attempting to address the fundamental issues that we and others have raised in recent months.

If the Government had approached this policy properly, it would have begun by being clear about what marriage is. But the Government thus far has shown an impoverished understanding, unable to see that the institution of marriage is more than a way of recognizing committed loving relationships. What marriage has always meant is the union of one man and one woman for love and mutual support, and open to the procreation of children. This is the most secure foundation for the family and, as all the evidence shows, provides the best environment in which the next generation can be created and brought up as flourishing members of society. That is why society has given a particular legal status to marriage distinct from all other relationships: it is because it provides a unique benefit not only to the married couple but also to society itself. There lies the root of our opposition: it is a desire to preserve marriage in its full meaning as an essential element of the common good of society.

The moment the definition of marriage is changed to accommodate same-sex couples, a whole range of issues will suddenly become more open to challenge in the courts. And recent experience suggests we will not have to wait long before the lawyers are briefed. Let me take just two examples.

State schools, including faith schools, are required to teach the national curriculum. Under the 1996 Education Act the Secretary of State has a statutory duty to issue guidance on “ the nature of marriage and its importance for families and the bringing up of children”. Once the state has redefined marriage, will teachers be obliged to teach all children that marriage between a same-sex couple is identical to marriage between a man and a woman?

There has been a great deal of publicity recently on the need for more foster and adoptive parents. They are rightly subject to close scrutiny by Social Services before acceptance. But if a potential foster couple believe that marriage can only be between a man and a woman, what will the reaction be from local authority department who are bound by the public sector equality duty, to say nothing of their own diversity policies?

These illustrate some of the practical questions that have already been put to the Government in response to its consultation process. The Civil Partnerships Act provided all the practical and legal benefits that same-sex couples argued for. Yet the Government seems determined to place at risk an institution of profound importance to society, with no thought to the long term consequences, or to many of the questions which a redefinition of marriage inevitably gives rise.

This article originally appeared in The Daily Telegraph on Wednesday, 12 December.

catholicnews.org.uk/news
Statement on the government response to the same sex marriage consultation

catholicnews.org.uk/marriage-consultation
Our full section on the 2012 government consultation on marriage

cbcew.org.uk/marriage
Our ‘Marriage’ section on the Bishops’ Conference site