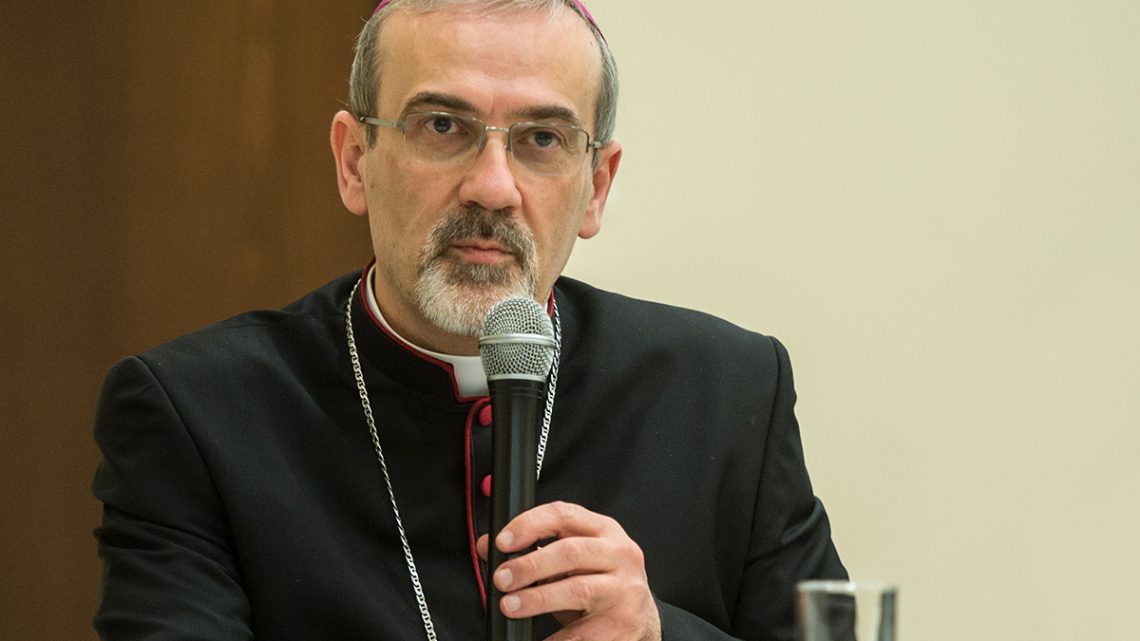 In a message sent to the Holy Land Co-ordination organiser, the Latin Patriarch of Jerusalem, His Beatitude Pierbattista Pizzaballa has called for the setting aside of mutual hatreds and a commitment to the rebuilding of ‘deeply wounded’ relationships that will lead to a lasting peace in the Holy Land.

Unfortunately, this is not the first time and, I fear, not the last in which we will have to deal with these explosions of violence and war in Holy Land. These outbreaks of violence will only leave more rubble, deaths, animosity and feelings of hatred – they will bring no solution. We will see mutual accusations on the use of power, probably in international courts, but, in the end, everything will be as before until the next crisis.

Until we decide to really face the problems that have afflicted these countries and these peoples for decades, in fact, I fear that we will be forced to witness more violence and grief.

Jerusalem is the heart of the problem and this time it was the spark that ignited the country. As is well known, it all started with the well-known question of Sheikh Jarrah, which has been presented as a legal question. However, as we have already reiterated in our previous declaration, it is also evidently a political decision of further expansion of Israeli settlements in East Jerusalem. It is a decision which changes the already many times broken balance between the two parts of the city and this creates tensions and suffering. This crisis, however, indicates that this methodology does not work and that no solution on Jerusalem can be imposed. The solution can only be the result of the dialogue between Israelis and Palestinians, who will both have to make their own the open, multi-religious and multicultural vocation of the city.

What has been said about Jerusalem can be extended to the whole Israeli-Palestinian question. The Palestinian people have been waiting for years for a dignified solution, a serene and peaceful future, in their land, in their country. For them, however, there seems to be no place in the world and, before being able to live with dignity at home, they are continually invited by the various Chancelleries to await an unknown and continually postponed future.

But even more worrying was the explosion of violence in the mixed cities of Israel, where Jews and Arabs have always lived together and which I think little has been said in the international media. We have witnessed violence, organised patrols, lynching attempts on both sides, Jews and Arabs… an explosion of hatred and rejection of the other that has probably been brewing for some time and that has now emerged violently and has found everyone unprepared and frightened.

All this is the result of years of violent political language, of culture and politics of rejection of the other, of contempt. Little by little, these attitudes have created an ever-deeper separation between the two peoples, which we may not have realised until now. It will take a long time to rebuild these deeply wounded relationships. We will have to work with the many people, of all faiths, who still believe in a future together and are committed to it. They are many, but need support to bring their voice to the whole world.

We will have to start rebuilding the relationships between all of us all over again, and in this sense, it will be a priority to start from the painful discovery of these days, that is, from the hatred harbored, above all, in the hearts of young people. We must not cultivate or allow feelings of hatred to develop. We must make sure that no one, whether Jewish or Arab, feels rejected. We will have to be clearer in denouncing what divides.

We cannot be satisfied with interreligious peace meetings, thinking that with those initiatives we have solved the problem of coexistence between us. But we will really have to commit ourselves so that in our schools, in our institutions, in the media, in politics, in places of worship, the name of God, of brother and of life partner, resonates. We will have to learn to be more attentive to the language we use and become aware that the reconstruction of a serious model of relations between us will require time, patience and courage. We will need a new alliance, between people of goodwill who, regardless of faith, identity and political vision, feel the other as part of themselves and wish to commit themselves to live with this conscience.

This crisis must bring the Israeli-Palestinian question back to the centre of the international agenda, which lately seems to have been forgotten, but which nevertheless has always continued to be a painful wound. The wound was only covered, hidden, but never healed. Once the band that covered it was removed, it became visible and painful again – perhaps even more than in the past.

Pray for the Church

I invite you to pray for the Church of Jerusalem, so that it may be a Church that goes beyond closed walls and doors; that she believes, announces, builds peace, but “not as the world gives it” (Jn 14:27). We have, in fact, already witnessed too many times to betrayed and offended announcements of peace. The Church will have to build the peace which is the fruit of the Spirit, who gives life and trust, always anew, without ever getting tired.

The Holy Land Co-ordination is an annual pilgrimage of Bishops from around the world to the lands of Christ. Mandated by the Holy See, it exists to act in solidarity with region’s Christian communities and share in the pastoral life of the local Church as it experiences extreme political and social-economic pressure.