The President of the Holy See's Pontifical Council for Interreligious Dialogue, Cardinal Jean-Louis Tauran, joined representatives from many of the world's major religions to offer prayers for peace and to bear witness to their longing for a more just and peaceful world. 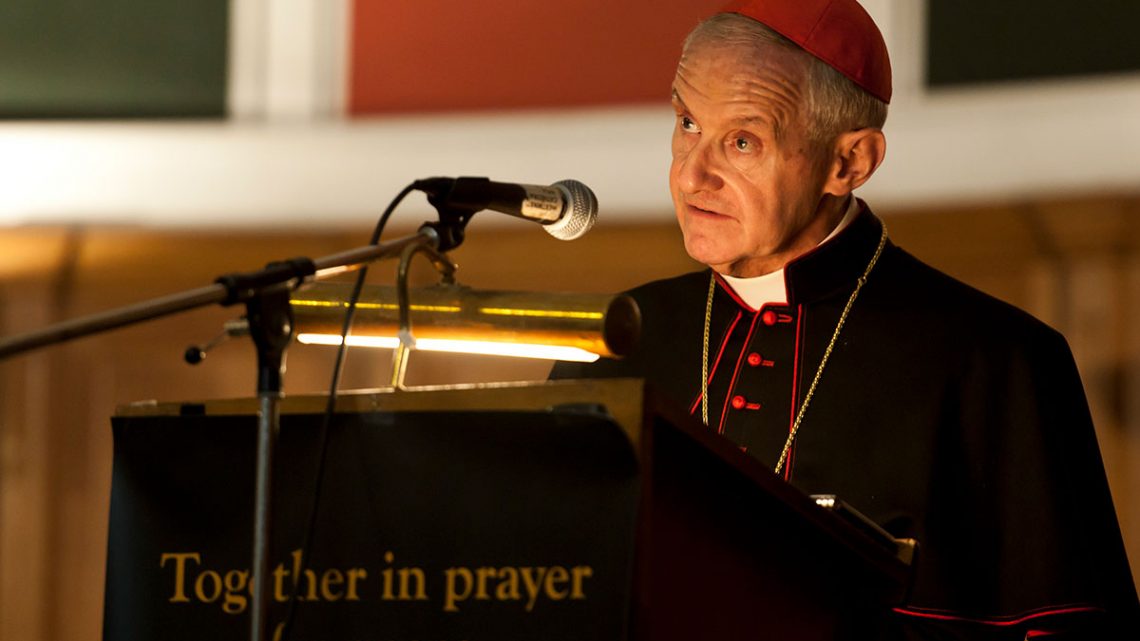 The gathering, ‘Together in Prayer for Peace’, was held in Westminster Cathedral Hall.

Cardinal Jean-Louis Tauran, sitting next to the Bishops’ Conference Chair of the Office for Interreligious Relations, the Most Rev Kevin McDonald, listened as prayers and reflections were offered in each representative’s tradition.

The gathering took its inspiration from the 1986 Day of Prayer for Peace convened by Pope John Paul II in Assisi, Italy.

Archbishop McDonald echoed the then-Pope’s words in his introduction:

“Although religious leaders cannot make political decisions in favour of peace, they can, nonetheless, come together in search of the gift of peace.”

At the conclusion of the prayers and reflections, everyone present at the well-attended gathering stood for the ‘Pledge for Peace’ – 11 commitments promoting dialogue, peace and justice among followers of the world’s religions.

Pointing out that only a minority of people live by violence, Cardinal Tauran championed prayer and unity as the twin pillars of a more peaceful world:

“By praying for peace we allow God to transform and inspire us to be witnesses and bearers of peace”. 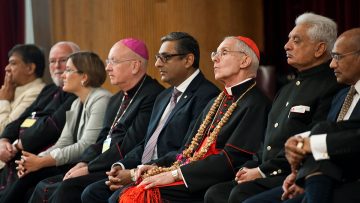 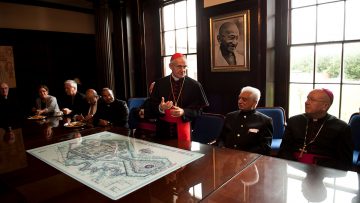 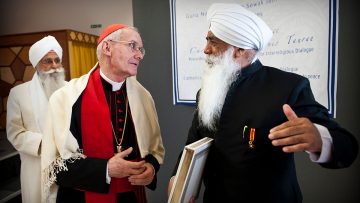