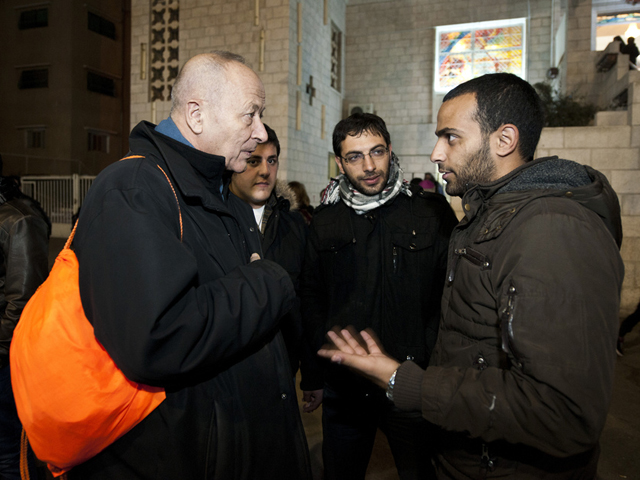 Since the Bishops of the Holy Land Co-ordination gathered in January 2012, the people in this region have lived through dark and dramatic events: conflict in Gaza and southern Israel; civil war in Syria, which has resulted in huge numbers of refugees pouring into other countries and putting an enormous strain on their resources; and increasing polarisation within Israel and Palestine. These developments have caused profound anxiety for all in this region, for the Israelis, Palestinians, Jews, Muslims, and particularly for the dwindling Christian population.

This year we met Christian communities in Gaza, Bethlehem, Beit Jala, Madaba and Zarqa. In the Cremisan Valley we heard about legal struggles to protect local people’s lands and religious institutions from the encroachment of the Security Barrier (“the wall”). We promise to continue urging our respective governments to act to prevent this injustice. We heard moving testimony from religious women involved in the care of migrant workers, trafficked persons and prisoners.

Our faith was enriched by the strength and fortitude of the people we met: those with whom we shared in a vibrant celebration of Mass in Zarqa in Jordan; those who care for the vulnerable, like the refugees from Syria and Iraq fleeing terror and violence; those struggling in the face of oppression and insecurity across the countries that make up the Holy Land. We are inspired to promote a just peace and call upon Christian communities in our home countries and people of goodwill everywhere to support the work undertaken in this region to build a better future. Good examples are two agencies we visited: Catholic Relief Services in Gaza and the Caritas refugee programme in Jordan.

We are also called to recognise and tell others how faith in God brings light into the lives of people in the Holy Land. One of the ways in which this happens is the Church’s commitment to education, a tangible investment in the future. Nowhere is this more evident than in the University of Bethlehem, where we were struck by the stories from students, and the American University of Madaba in Jordan. In 2009, Pope Benedict XVI called upon staff and students in the region to be builders of a just and peaceful society composed of peoples of various religious and ethnic backgrounds.

With the local Bishops, we encourage practical support for the vulnerable, the formation of young people and every effort for the promotion of peace. We encourage Christians to come on pilgrimage to the Holy Land where they will experience the same warm hospitality we received. We shall work hard to persuade our respective governments to recognise the root causes of suffering in this land and to step up their efforts for a just peace. We echo the call Pope Benedict made recently in his speech to the Holy See’s diplomatic corps: “Following Palestine’s recognition as a non-member observer state of the United Nations, I again express the hope that, with the support of the international community, Israelis and Palestinians will commit themselves to peaceful co-existence within the framework of two sovereign states, where respect for justice and the legitimate aspirations of the two peoples will be preserved and guaranteed. Jerusalem, become what your name signifies! A city of peace, not one of division”.

In the words of one of the Psalms, which we prayed together each day: “for the peace of Jerusalem pray” (Psalm 122, v.6).

Signatories to the Final Communiqué: