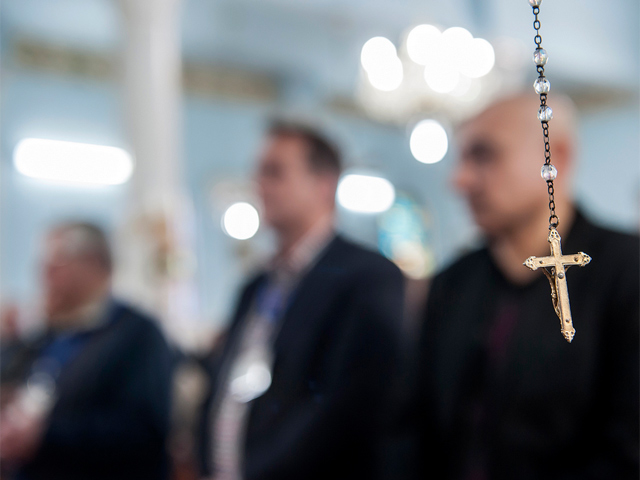 Friends of the Holy Land (FHL), a UK-based charity committed to supporting Christian people and communities in the Holy Land, has launched an Emergency ‘Family Support’ Appeal to include remaining Christians in Gaza.

Conditions in the Gaza Strip have become exceptionally difficult as a result of the destruction of homes and infrastructure, and FHL is increasingly concerned for the welfare of remaining Christians.

The Appeal will concentrate on providing funds for the needs of individual families, whether medical treatment, house refurbishment, education or to ensure day to day survival.

“The Christian population of Gaza has been small in number for some years, and we now believe it’s no more than 300 families, some 1,300 people,” said Peter Rand FHL’s Vice Chairman.

“For this small minority, conditions have always been difficult, but as we all know from recent media coverage, Gaza’s citizens are now living in conditions few people have experienced in the last sixty years.

“FHL’s role is to support and help Christians in the Holy Land, to ensure a Christian presence remains there. In the long term this requires sustainable employment and housing projects, but there’s a huge immediate need to address the day-to-day challenges of Gaza’s broken economy and infrastructure.

“When I visited Gaza earlier this year I was very impressed with the work of Christian institutions there and the resilience of the population. However, the impact of the current disaster in Gaza is being felt in the West Bank too, creating concern and uncertainty for the future and a deterioration of the economic situation with increased unemployment and shortages of basic medications and other resources.

“While the situation is truly horrific for those in Gaza, FHL Emergency Family Support Appeal will deliver help to the most needy families identified by clergy on the ground and FHL’s other partners across the West Bank and Gaza. We only deliver funds where we know that the most needy in the Christian community will receive them, and with our limited resources it is important that they are targeted as accurately as is possible in the circumstances.”

“We also ask all Christians to remember them in their prayers, to be as generous as they can, and to ask their parish and community to support our Appeal.”

Online donations to the appeal can be made via the Friends of the Holy Land website or directly here.

You can also make a postal donation to:

According to a census undertaken earlier this year by Embrace, the Pontifical Mission and YMCA, approximately 1,313 Christians remain in Gaza from an estimated total population of 1.9 million.

Cardinal Vincent Nichols, Archbishop of Westminster, said: ‘‘Faced with the increasing violence that is engulfing the people of Gaza, my thoughts and prayers, and those of the Catholic community, are constantly with all those who have lost loved ones and whose lives are shattered by this conflict. The pain, anguish and sense of hopelessness of those men, women and children cry out that war is not the answer. As this conflict shows, violence breeds violence. Along with so many others, I plead for an immediate truce in Gaza that will not only put an end to this latest carnage but that will also address at last the core problems behind this conflict which has so blighted the lives of all the peoples of the Holy Land.”

Friends of the Holy Land fully supports the Cardinal’s statement.