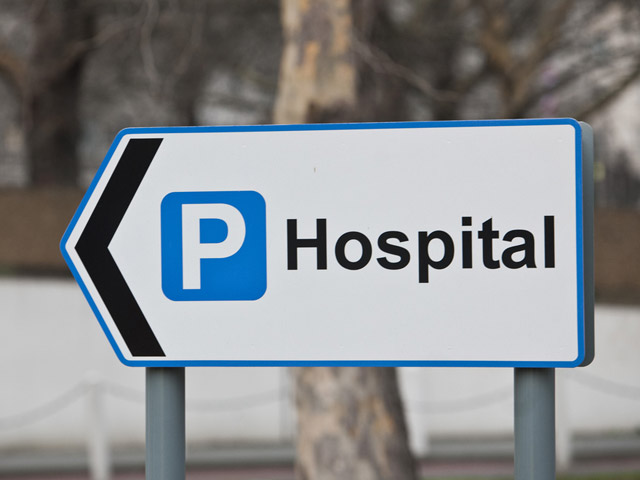 Data protection legislation was introduced to protect us from scurrilous people from sharing our personal details with people we would choose not to share it with – quite right! But in some circumstances, sharing of data is a necessity designed to assist us. The most obvious example is health settings where clinicians and allied professionals have access to our records to help them to assist us appropriately.

In many places, though, this excludes chaplains, because they are outside the “clinical” group who are deemed by government policy to need free access to clinical records. Work is underway by NHS England to be clear on the issues and obstacles in improving the means by which a person of faith – or none – might declare their faith status and whether they want to be seen by a chaplain. You might think this is simple, but protecting your data does have to be taken seriously. This two stage enquiry is already part of the administration process applied when someone is admitted to hospital. But in most cases it is not applied consistently, if at all. This means people may sometimes miss getting a chaplaincy service when they want it

A Freedom of Information Act (FOI) inquiry by the Catholic Bishops’ Conference last year showed that a large proportion of patients who declared their faith were Christian but in most cases, the collection of the information was paltry and often less than 10% of the total number of patients had their faith data collected. Responses to the FOI suggest the three highest scores were ‘unknown’, ‘declined to say’ or ‘not completed’ in relation to collecting and using faith data properly. To base future data handling strategies on this kind of data will be erroneous at best. The worst implication is that the vast majority of people may be assigned a ‘no faith’ status when that may well not be true.

Even where ministering to people of no faith might be the case, one chaplain who spoke to us said that invariably, in visiting a Catholic patient by appointment, he would always find himself called by another patient who may have a faded faith or none but finding themselves vulnerable through serious illness seek spiritual solace via a chaplain. All chaplains of faith happily undertake this work This priest thought most of his work had actually been with people of ‘no faith’

Leicester University Hospitals have recently appointed a Chaplain specifically for people of no faith on the grounds that this is the status of most of the people entering hospital nowadays. It is hard for a faith-based organisation to quite comprehend how using the church language of “chaplain” for such a post makes sense, and indeed how their intervention might differ from a Social Worker, for example. It will clearly depend on their openness and sensitivity to spiritual questions. It will be interesting to see how far this person as part of their duties is able to provide support to people of faith in the same way that the faith based chaplains offer the same support for people of no faith. It is this duty, often called a “generic” duty to be accessible to everyone, shared by all chaplains that is the source of most concern for us as it carries the implication that meeting spiritual needs can be thought of generically when in practice they are often precisely specific to the particular faith community.

Catholics – in fact, all patients – entering hospital will usually do so in one of three ways, the first in a traumatic way after an accident or sudden serious illness, secondly as part of a treatment for a disease or illness and thirdly on a planned basis such as joint surgery.

Collecting adequate information from the first group takes a lower priority as stopping bleeding, getting them breathing or keeping their heart beating must be done first. Depending on how this is going, it may become important to know of a person’s faith as failure of any treatment strategy may for the person and their family mean they would wish a priest to carry out those sacramental duties which for Catholics are a profoundly important stage of preparation as death approaches and our life on earth comes to its end.

Where things do stabilise and in the other two scenarios, someone collects data about the person and it is in this process that the question of a person’s faith arises. They are asked if they have a faith, and if so, would they like to see a chaplain. This two stage data security process is necessary since Chaplains as we said above are mostly outside the ‘clinical’ group who are deemed to have necessary free access to a patients records. It is also asked this way to be clear that a person of faith may choose not to see a chaplain as they may not stay long or could have made arrangements with their local faith leader for a visit or simply not feel the need.

We have been considering producing a leaflet that would be in the foyer of the church to help Catholics going to hospital to understand first the sacraments that might be useful to them and to explain a bit about Chaplaincy services and how they might access it. Readers’ views on the value of such an initiative would be very welcome.

People going to hospital for elective surgery, for example, could receive the sacrament of the Anointing of the Sick and Reconciliation from their parish priest before they go into hospital and so be well prepared. Many people receive visits to bring Holy Communion from parish friends who are Extraordinary Lay Ministers by prior planning. So accessing the services offered by the chaplaincy may just be ‘the icing on the cake’ for some. For others the need for chaplains is much more important. Proper planning before you go into hospital can help.

It is widely accepted in our secular world that we are beings of mind, body and spirit. We tend to do quite well on the body, the mechanics and maintenance of it improves as the years go by. There are always challenges and seemingly as fast as we overcome one thing, another appears. Our current obsession is dementia in all its forms and essentially, this range of conditions are ones of the mind and mental ill health.

It has drawn attention to a sector of the health and care services that has always been starved of funds with people affected by mental ill health being shunned, ignored or imprisoned before anyone actually invests in treating the human being. If most mental illnesses were physical conditions, they would have attracted a much more assertive response. The rise in the numbers of people with one kind of dementia or another has lit up this corner of health care practice and not before time. In all areas of mental illness, there are deficits of funding, not least among young people, overwhelmed by the pressures of living in this hi-tech, high speed world.

The third area of human ‘being’ is spirit, an area, probably because of its ethereal nature is ignored – perhaps because it is too tough to bring it to some sort of tangible presence that healthcare can work with. Despite that, there is empirical evidence that where the spiritual needs of a person are overtly responded to, they are happier, they improve better and they have a better view of the future. It is hard to comprehend, when these tangible returns are shown, that more trusts are not actively and overtly seeing the nature of the patient’s spirituality and where possible engaging with it to achieve what are clearly definable benefits which have an impact on length of stay, recovery rate and likely return. It might also help with the bottom line!

The ideal position would be for the Chaplain to be an acknowledged member of the clinical team, to be offered to patients on the same basis as all other services, all of which can be declined. How many people sign themselves out of hospital against advice? It may be patronising to be playing information games that actually disclose little about a person and certainly nothing that could give rise to offence. There is of course a risk of discrimination if the Chaplain is deemed to be not trustworthy with such information or likely to act inappropriately once they have it.

There is a College of Healthcare Chaplains whose code of conduct Chaplain that members live by. Would we see that commitment as any less than the similar one declared by a Doctor, Nurse, Physiotherapist or Occupational Therapist?

Either way, we need to resolve this information governance quandary once and for all, for all patients, in all trusts, all over the country!

This article was originally published in thecatholicuniverse.com