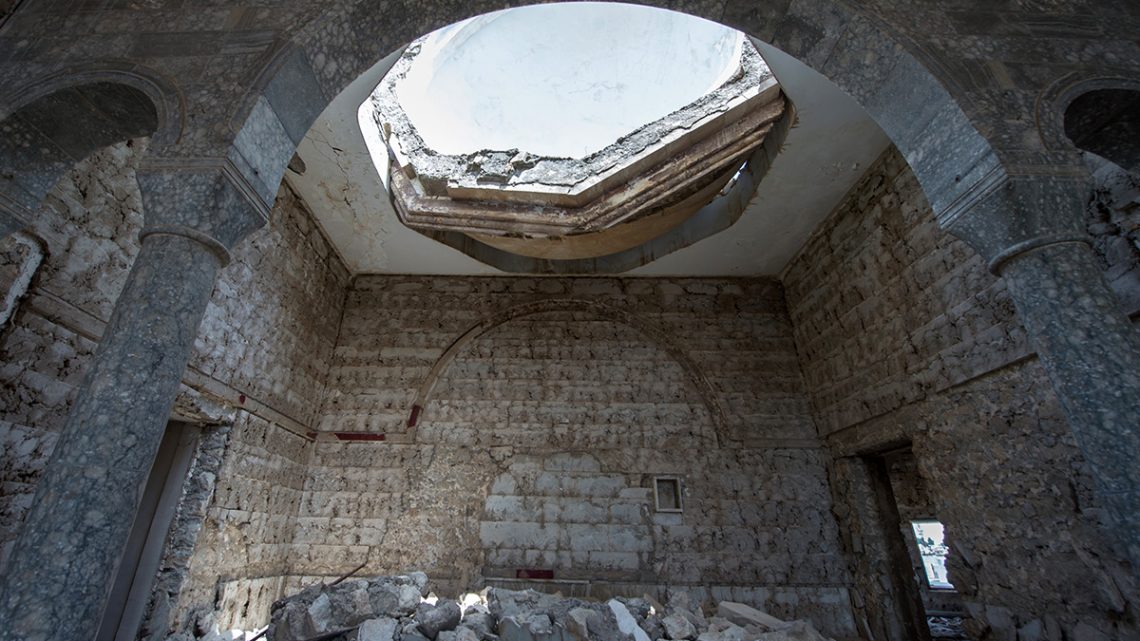 Catholic, Orthodox, and Protestant leaders in Jerusalem have released an appeal to the civil authorities in Israel, Palestine, and Jordan regarding the Christian community in the Holy Land.

The Patriarchs and Heads of Churches in Jerusalem signed a joint statement on 13 December on “the Current Threat to the Christian Presence in the Holy Land.

They note that “fringe radical groups” have stepped up pressure on the local community through “frequent and sustained attacks.”

The aim is to drive Christians out of Jerusalem and the rest of the Holy Land, according to the Church leaders.

Since 2012 there have been countless incidents of physical and verbal assaults against priests and other clergy, attacks on Christian churches, with holy sites regularly vandalized and desecrated, and ongoing intimidation of local Christians who simply seek to worship freely and go about their daily lives.

Despite the growing anti-Christian violence, the religious leaders recognize the declared commitment of the Israeli government to provide a “safe and secure home” for Christians, while preserving the community as an “integral part of the tapestry of the local community.”

As evidence of this commitment we see the government’s facilitation of the visit of millions of Christian pilgrims to the holy sites of the Holy Land.

However, the heads of Christian Churches say this commitment is “betrayed by the failure of local politicians, officials, and law enforcement agencies” to put a stop to activities of radical groups threatening Christians.

They offer the example of radical groups buying property in the Christian Quarter of Jerusalem, despite Israeli law upholding the “spiritual and cultural character” of the Jewish Quarter.

Radical groups, they allege, gobble up strategic property in the area through “underhanded dealings and intimidation tactics to evict residents from their homes.”

They say these tactics reduce the local Christian presence and disrupt “historic pilgrim routes between Bethlehem and Jerusalem.”

The leaders point out that Christian pilgrimage—besides being a right—brings substantial financial benefits to Israel’s economy. One report by the University of Birmingham estimates a contribution of US$3 billion annually.

The local Christian community also provides a “disproportionate amount of educational, health and humanitarian services in communities throughout Israel, Palestine, and Jordan.”

Appeal for dialogue with local authorities

With these considerations in mind, the patriarchs and heads of Churches in Jerusalem call on local political authorities in those states to engage in urgent dialogue with them.

The goal, they say, would be to:

(1) Deal with the challenges presented by radical groups in Jerusalem to both the Christian community and the rule of law, so as to ensure that no citizen or institution has to live under threat of violence or intimidation.

(2) Begin dialogue on the creation of a special Christian cultural and heritage zone to safeguard the integrity of the Christian Quarter in Old City Jerusalem and to ensure that its unique character and heritage are preserved for the sake of well-being of the local community, our national life, and the wider world.

Christian organizations in other parts of the world quickly added their support to the appeal.

The World Council of Churches (WCC), an ecumenical fellowship of 349 churches, expressed its strong support for the statement and renewed dialogue.

Rev. Ioan Sauca, Acting General Secretary of the WCC, released a statement calling on Christians in the Holy Land to be “respected and valued as part of both the heritage and future of the region.”

The Churches for Middle East Peace (CMEP), a US-based advocacy group of Orthodox, Catholic, and Protestant Churches, also joined the appeal, saying Christian communities are an important part of the Holy Land and stewards of holy Christian sites.

“As Christians prepare to celebrate Christmas,” reads a CMEP statement, “we keep in mind our siblings in the Holy Land who continue to carry the traditions in the place where our faith began.”