Changes to the Dominican Province: Strengthening our Communal Life 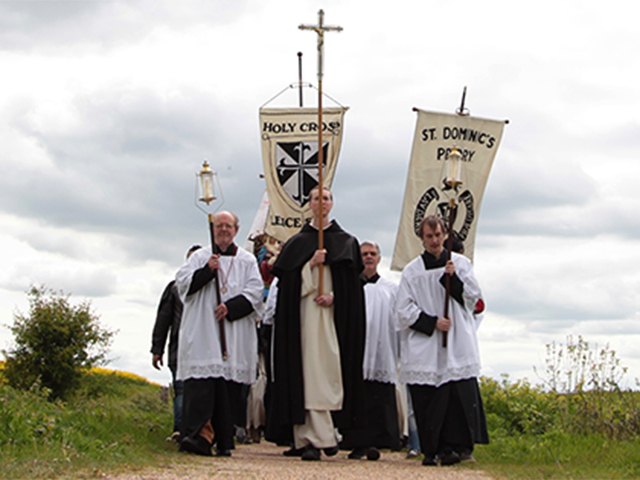 Since their foundation in 1216, the Dominican Friars have always responded dynamically to the changing needs of the world around them, in fidelity to their mission of preaching the Gospel. The bedrock of this mission has always been a strong community life.

The 2016 Chapter of the Friars in England and Scotland, held in Oxford in April, thoroughly reviewed the state of community life within their houses, and how individuals and their ministries are supported. It became apparent that a stronger, more Dominican community life within their houses was necessary in order to support the flourishing of the men and their mission; and indeed, this has been a direction proposed by the Master of the Order, Fr Bruno Cadoré OP, for Dominicans throughout the world.

It was noted that, in recent years, a generous spirit had moved the friars in Britain to over-extend their commitments in several areas, and consequently a strain was being felt. It was felt that a strengthening of community life will provide firmer foundations for the future, including stronger support for the increasing numbers of young men entering the Order in this country.

It was decided then that the friars must reconfigure their deployment around Britain, building up their presence in some localities while gradually scaling back and withdrawing from others.

For this reason, the following practical decisions were made.

Firstly, in 2016, friars will be redeployed away from certain pastoral responsibilities that they have held for a short period at the service of the dioceses, and where there are very small communities of brethren: St Columba’s parish in Glasgow since 2005; St Cuthbert’s parish in Durham since 2012. Care for these parishes will be returned to diocesan clergy.

Secondly, there will be a gradual withdrawal over the next few years from St Dominic’s parish in Newcastle. This Dominican house had already been handed over to the diocese in 2004, while maintaining a very small community of friars.

The friars are in discussions to maintain some continuing presence in Glasgow, Durham and Newcastle, even if retaining full communities there is not possible. With vocations to the friars continuing to flourish – seven men will enter the noviciate in September 2016 – and with community life strengthened, the Province foresees a positive future, which will eventually bear good fruit for its mission in Britain.

Friars of the Province of England exercise a wide range of ministries throughout the UK and indeed internationally, including pastoral work in parishes, university chaplaincies, schools, hospitals and prisons; teaching and research in universities; and spreading the gospel through preaching, speaking and writing. More information can be found at www.english.op.org

The Prior Provincial of the Province of England, Fr Martin Ganeri OP, can be contacted for comment: provincial@english.op.org