‘Catholic schools are clearly incubators of social values and of motivation towards the common good’, says Archbishop

This CES guidance is clear: Promoting community cohesion is neither new to us, nor an optional extra. Catholic schools enhance their Catholic identity by committing themselves to working for a more cohesive world.

Catholic Schools and Community Cohesion: CES Guidance asks questions such as What does community cohesion mean? and What are Catholic schools doing already? It highlights the CES’ finding that, while issues of race are important, Catholic schools view community cohesion as a far broader spectrum encompassing (but not limited to) such activities as links with other schools, interfaith dialogue, engagement with a variety of age groups in the community and environmental projects.

Catholic schools are always looking for opportunities to improve their contribution to social harmony in the different communities which they serve, whether on the local, national or global level. Oona Stannard, CES Chief Executive and Director of the CES, said: ‘If we don’t define ourselves, others will do it for us. We have to be transparent about what a Catholic education has to offer the whole community because if we don’t make it apparent others will make presumptions. This simple document helps us to share what is good so that we can live up to the goal of learning about one another, learning from one another and learning with one another.’

guidance and Head teacher John Hardy illustrates the way in which Catholic education serves his local community: ‘As more members of the community begin to visit our facilities, the traditional barriers begin to dissolve and the mission of the Catholic Church at the service of the entire community, especially responsive to the most marginalised and standing in solidarity with the poorest, is beginning to be realised.

The Most Reverend Vincent Nichols, Archbishop of Birmingham, has made it clear that Catholic schools contribute to community cohesion both in terms of their diversity and their activities: ‘Catholic schools are clearly incubators of social values and of motivation towards the common good. Within schools, as the evidence clearly suggests, pupils learn both principles and the practice of seeking the good of others, intelligent, moral discourse about the ways the good is to be discerned and an appreciation of the faith and religious truths of the world around them. These are precisely the abilities that citizens of the future will require.’ 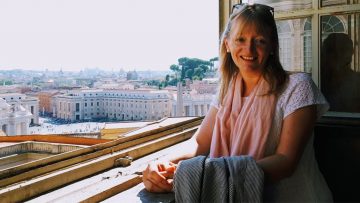