Catholics asked to ‘Ring bells and pray for the Games’ 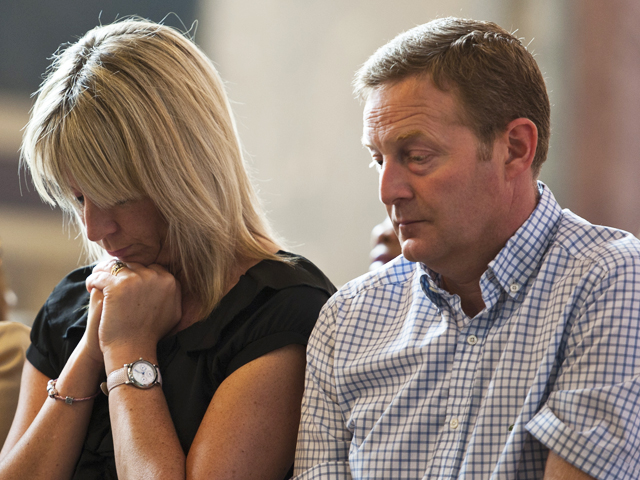 Christian communities across the country are being encouraged to pray and make a noise and join in the nationwide mass bell ringing planned for the first day of the 2012 Games.

To mark the opening of the London 2012 Olympic and Paralympic Games, the London Organising Committee is calling for thousands of bells to be rung across our nations. The extensive bell ringing on Friday 27 July will begin at 8:12am and is asked to last for three minutes. LOCOG – the Games’ organising committee – are encouraging the tolling of “any bell, anyone, anytime”. It is seen as an opportunity for everyone to get involved in a special commission by the Turner Prize-winning artist and musician Martin Creed.

The churches’ Games’ charity More Than Gold, of which the Catholic Church plays a major role, is calling on Christians and churches everywhere to join in and use this moment to stop and pray at 8.12am on Friday 27 July and to pray for God’s kingdom to come and for this to be a turning point across our nation.

This unique opportunity to get involved in All the Bells comes on the final day of the 70-day Prayer Relay that has been running alongside the Olympic Torch Relay since the Olympic flame arrived in Britain on 18 May. Batons containing prayers have been handed over from community to community and as the torch and the prayer relay have travelled through each area, individuals and churches have taken time to pray for the Games and those involved, and for their own communities.

St Edward’s Bell at Westminster Cathedral will join the throng of bells that ring out across London and the land. Church leaders have added their encouragement and are urging people to get involved in this unique event. Archbishop Vincent Nichols said, “This initiative has my best wishes”. The Reverend Ian Bunce, Head of Mission for the Baptist Union of Great Britain, said, “Let’s make a noise, talk about God, pray for peace, pray for reconciliation and commit to love God’s world and his people.”

James Parker, Catholic Executive Coordinator for the 2012 Games, spoke of this proposal as follows: “People will wake and travel on the morning of the day of the Olympic Opening Ceremony with an expectation in their hearts. This is the day when our nation’s preparations to host a 27-day party for the entire world actually begins. It is hoped that there will be widespread international reports of church bells ringing out reminding the British Isles and the rest of the globe of Britain’s Christian roots. Although few Catholic churches have bells, nevertheless this could be a unique, significant and yes, even a fun moment for us all to start the countdown to the celebrations and a great moment to stop and pray for God’s peace to fall upon our nation and on the world.”

For some ideas on how to use this special moment and for some written prayers please go to morethangold.org.uk/prayercall