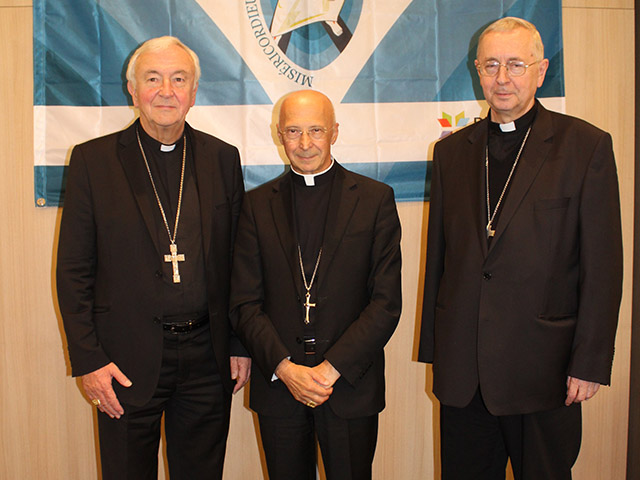 On Saturday 8 October 2016, the Presidents of Europe’s Bishops’ Conferences – members by right of CCEE (the Council of European Episcopal Conferences) – elected the new CCEE Presidency for the five-year mandate 2016-2021.

The Plenary Assembly thanked the newly-elected Vice Presidents for their willingness and wished them a period of profitable work in the service of evangelisation and the Church in Europe. At the same time, the participants thanked the members of the outgoing Presidency for the work they have undertaken for the good of the Church and for their dedication in promoting fraternal communion between the European episcopates.

The new Presidency has started its term of office immediately after the election.

The biography of Cardinal Angelo Bagnasco is available on vatican.va

The biography of Cardinal Vincent Nichols is available on vatican.va

The biography of Archbishop Stanisław Gądecki is available on episkopat.pl