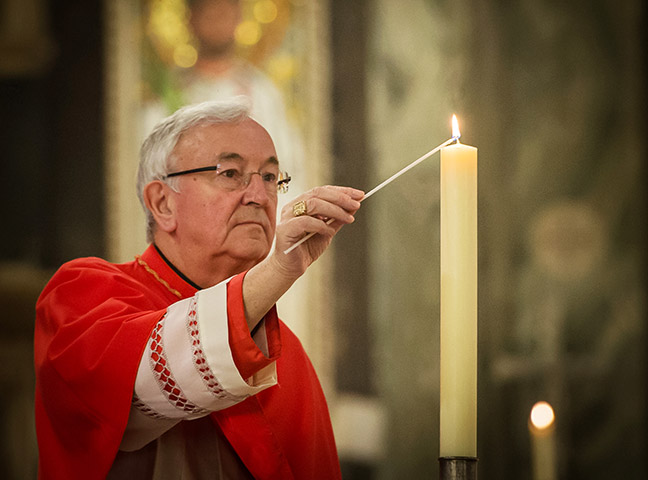 In the wake of the previous evening’s attacks in Paris which left many dead, Cardinal Vincent condemned the killings and offered his prayers. In a statement released 14 November he said:

‘This morning I wish to express my horror at the events that took place in Paris last night. This random killing of innocent people is utterly despicable and a course of action which must be rejected unequivocally by all.

‘Today I offer my prayers, with those of the entire Catholic Community in England and Wales, for those who have been shot dead as they enjoyed moments of relaxation and entertainment. I pray for the bereaved, for those who have been traumatised. I pray for the City of Paris that it will courageously recover its poise as one of the great cities of the world. I pray for the police and security forces who will continue their frontline fight against this evil madness. I pray, too, for the Muslim communities in France, and here in England, that they may not be victimised because of the actions of these violent and ruthless extremists but strive always for the way of peace and cooperation with the wider society.

‘May God bless France. May God give us the courage and wisdom to resist this violent and inhuman extremism. May God guide us all into the ways of peace.’