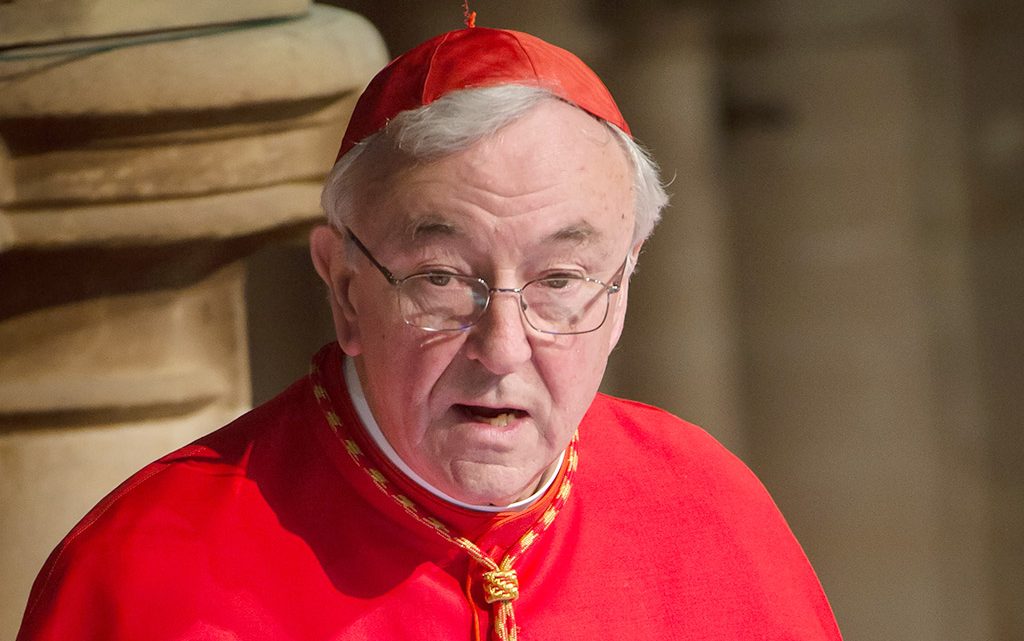 A special service was held in Westminster Abbey on Wednesday evening, 12 October, to affirm the UK’s commitment to combating modern slavery. Cardinal Vincent Nichols and Archbishop of Canterbury Justin Welby both spoke at the service as did UK Prime Minister Theresa May.

The service, commemorating the work of William Wilberforce, who famously led a campaign to end slavery in the Nineteenth Century, also marked the launch of the role of the UK’s Independent Anti-Slavery Commissioner.

Cardinal Nichols gave an address just two weeks before he travels to Rome to present Pope Francis with progress reports from member organisations of the Santa Marta Group that holds its annual conference from 26-27 October.

The Santa Marta Group is an alliance of international police chiefs and bishops from around the world working together with civil society to eradicate human trafficking and modern day slavery.

The Cardinal refered to the vulnerability of asylum seekers on our borders who could be targetted by traffickers:

“Today there are many situations where little children are at risk of being ruthlessly exploited by traffickers. This is so in every refugee camp, but most closely in Calais.

“I hope our Government, known rightly for its leadership in opposing human trafficking, and the Government of France, will very urgently improve the effectiveness of the asylum-seeking procedures, especially for children there, who may well have
a right to be here and are certainly at terrible risk in the coming weeks.”

Prime Minister Theresa May, who has pledged that £33 million from the overseas aid budget will be used to combat slavery and trafficking, pledged to put Britain at the forefront of the fight to bring traffickers to justice:

“As Prime Minister, I want Britain at the forefront of this fight, leading the world with our efforts to stamp out modern day slavery and human trafficking.”