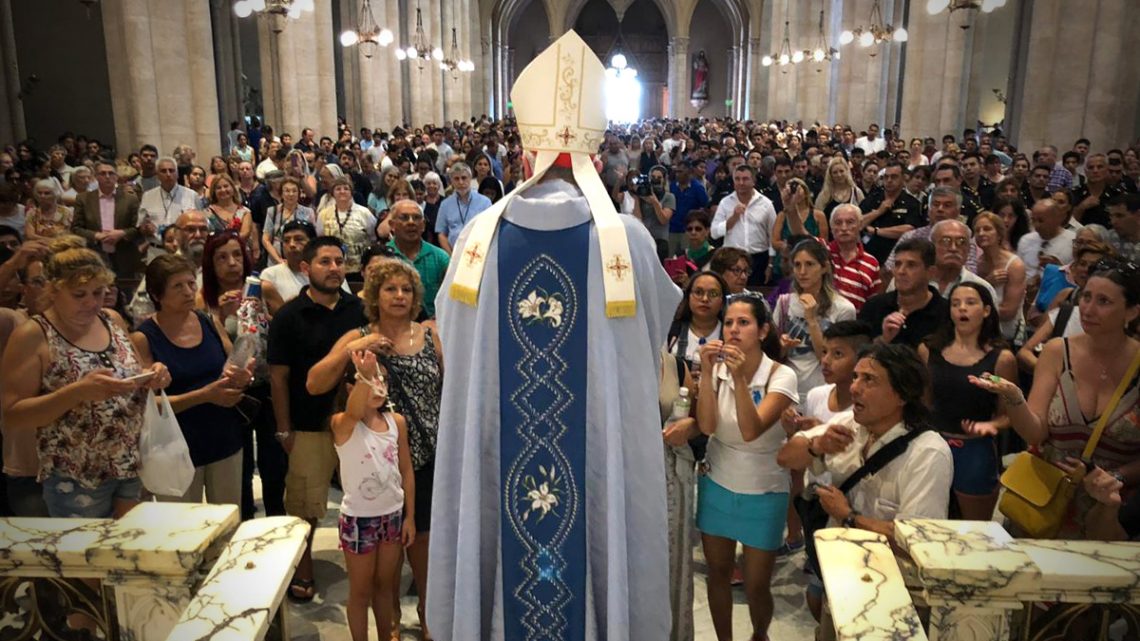 On Sunday 10 February Cardinal Vincent Nichols celebrated Mass at the Shrine of Our Lady of Luján, Argentina.

Preaching the homily the Cardinal said:

“I ask all of you to support us with your prayers, with a growing awareness of the reality of human trafficking and slavery in your midst and with a readiness to help in this work.”

Noting that Our Lady of Luján “is known by countless people throughout this country, and this continent, as the ‘Mother of the humble and poor, Mother of those who suffer and simply hope’ …commend to her those who are suffering as victims of human trafficking, those who have lost all hope and who are locked into the darkness of their captivity.”

The Cardinal explained that he had travelled to Argentina for a major conference on human trafficking:

“We are working with the Argentinian Federal Police, under the leadership of General Commissioner Nestor Roncaglia and seeking to build an effective partnership between those forces and the resources of the Church. I thank His Eminence Cardinal Poli and the other representatives of the Church from Argentina and neighbouring countries for their leadership.”

You can read the full text of the Cardinal’s homily: