Cardinal Nichols: “Our eyes will not be closed to the drama of poverty in our midst” 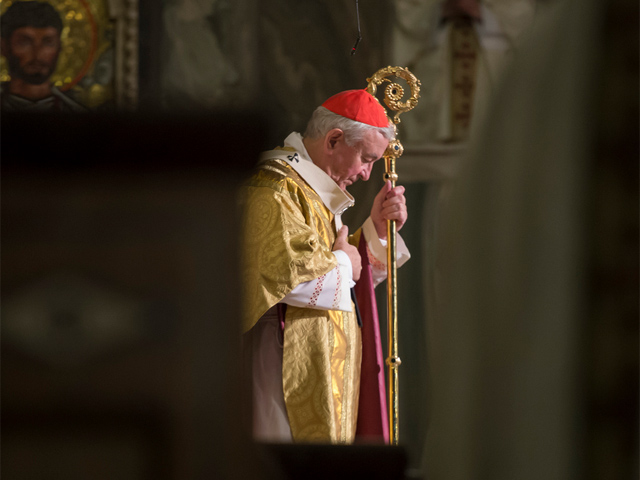 In a special Mass with the Solemn Rite of Welcome held in Westminster Cathedral, Cardinal Vincent Nichols emphasised the need to tackle domestic poverty and recognise the ethical dimensions in the creation of wealth:

“Our eyes will not be closed to the drama of poverty in our midst. We shall see the crucial importance of the ethical dimensions so keenly needed in the creation of wealth. These are the two realities which so characterise this great Metropolis of London.

“We will see the needs in front of us and respond, as Pope Francis himself said, ‘with intelligence, courage and full of love.’ When we walk with Christ this is indeed our calling. And in following it we seek to work with all who share those same concerns.”

Following his elevation to the Sacred College of Cardinals at the weekend, the Welcome Mass was held on Friday, 28 February, to welcome His Eminence, Cardinal Vincent Nichols, back to Westminster.

The Mass was his first public celebration in England and Wales since being created a Cardinal by Pope Francis at the Ordinary Consistory on 22 February.

Cardinal Nichols entered through the West Doors from the Cathedral Piazza along with individual possessions of three English Cardinals from the Reformation. These artefacts symbolise the Catholic Church’s connection to the Reformation Cardinals:

Cardinal Nichols has a particular devotion to John Fisher and following further studies, has written a book about the saint who inspires him.

You can read the full text of Cardinal Nichols’ homily by using the link in the top right-hand corner of this article.