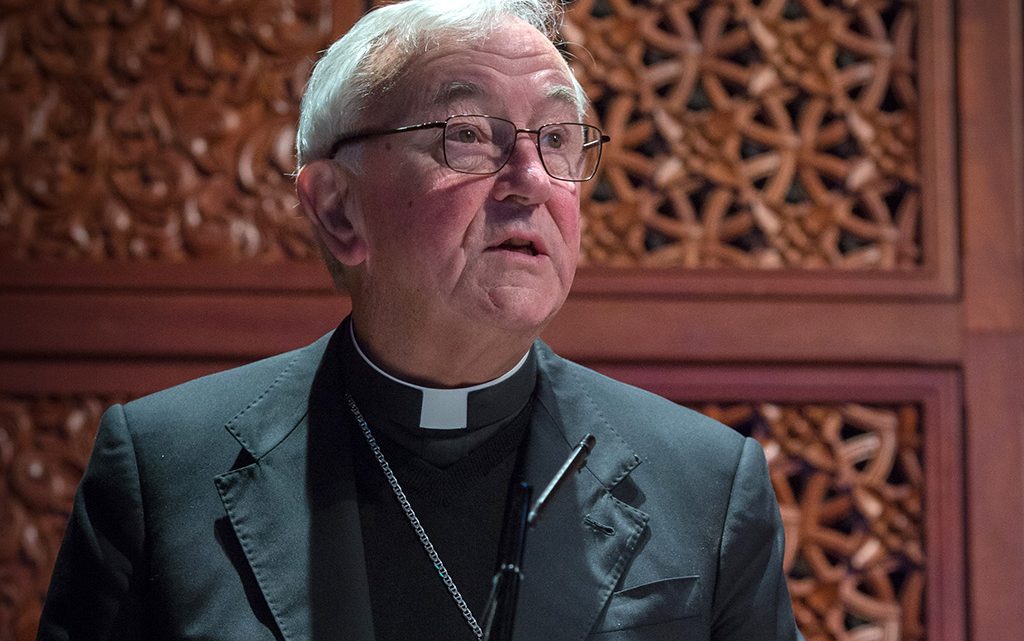 Cardinal Vincent Nichols has given a speech focusing on interreligious dialogue at the Oxford Centre for Islamic studies titled “Dialogue in action: the witness of St Francis of Assisi”.

The Cardinal looked to the past, present and future in his address starting with a reflection on what can be learned from the visit of St Francis of Assisi to Sultan al-Kâmil, in Egypt, in 1219.

“As you announce peace with your mouth, make sure that greater peace is in your heart. Let no one be provoked to anger or scandal through you, but may everyone be drawn to peace, kindness and harmony though your gentleness. For we have been called to this: to heal the wounded, bind up the broken and recall the erring.”

Cardinal Nichols adds his own words:

“If we seek true dialogue today, if we seek a dialogue of spirit, a spiritual dialogue, then there can be no better guide than those words and the man who spoke them, no better starting point than compassion for the victim.”

The next example the Cardinal uses to illustrate the power of dialogue and cooperation as a force for peace comes from a small Syrian town called Nebek – some 80km north of Damascus.

In the sixth century, a monastery of the Syrian Antiochan Rite was established dedicated to St Moses the Abyssinian – in Arabic, Mar Musa el-Habasahi. The present monastery church there dates back to the year 1058 (the Islamic year 450), and a community at Mar Musa worshipped there for most of the millennium before falling into ruins by the early nineteenth century.

A young Jesuit from Rome, Fr Paolo Dall’Oglio first came to the monastery in the early 1980s and re-established a monastic presence in the Syrian Desert.

In 1991, a permanent community was established at Mar Musa aiming to live a life of evangelical simplicity in harmony with God’s creation and the society around it. The community promoted a shared search for God. It even chose the Arabic language for its liturgy and included some patterns of prayer whose origins can be traced to Islamic mysticism. Muslim visitors were also offered the possibility to pray according to their own tradition in an area within the monastery walls. In deepening their love of God through the spiritual life, the community sought to share that love in their hospitality – offered to Christians and Muslims alike.

The Cardinal makes the parallel between St Francis of Assisi’s visit to the sultan in the midst of thirteenth century violence with that of Mar Musa, the rise of Islamic State and a decade of war in Syria.

“Dialogue is threatened in such circumstances – but it is never more necessary. The prerequisites for dialogue, above all peaceful co-existence, have all but vanished in many parts of Syria today. Reciprocity of trust and friendship are in short supply.”

Cardinal Nichols concludes by emphasising that dialogue needs to exist at the grass-roots level to be truly effective:

“Dialogue between faith and society will be significantly impoverished if dialogue between faiths is characterised by suspicion or hostility, or is simply non-existent. It is important, obviously, that such dialogue takes place between leaders; but it has to go far deeper into our communities if it is truly to flourish.

“If our dialogues are underpinned by a quiet, contemplative approach to the beauty of each other’s belief, and a desire to live peaceably before God and together, we are on the right path. And on this path, the importance of respectful listening cannot be over emphasised.”