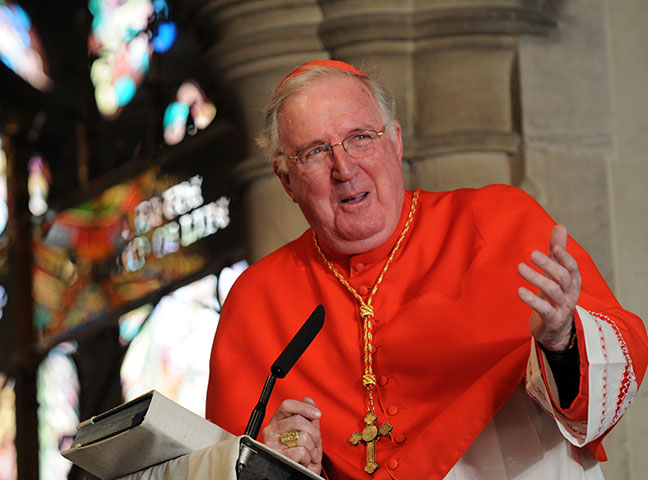 Newman University has continued its celebration of full university title with the appointment of Cardinal Cormac Murphy-O’Connor as its first Chancellor.

Cardinal Murphy-O’Connor is the retired Archbishop of Westminster and former spiritual leader of the Catholic Church in England and Wales.

“As one of the first Catholic universities in England since the Reformation, we are proud of our heritage, which informs our Mission of Service and ethical approach, committed to social justice, tolerance and inclusion.

“As the first member of the Catholic hierarchy to be invited to deliver a sermon to an English monarch since 1690, Cardinal Murphy-O’Connor has been a pioneer in his ecumenical and interfaith work.

“Ordained as a Priest in 1956, he has provided spiritual guidance during a period of unprecedented social change; working hard to ensure the teachings of the Catholic church remain as relevant to contemporary society as they were 2000 years ago, while holding true to its central beliefs and teaching.

“As a university that is committed to providing students with a formative education, intellectual rigour and an awareness of how their actions and decisions impact and are shaped by the world around them, Cardinal Murphy-O’Connor is a natural choice as our inaugural Chancellor and we’re delighted he has agreed to join us.”

Cardinal Murphy-O’Connor will take up the post of Chancellor of Newman University following his inauguration on the 20th March 2014. As formal head of the University, he will take on a largely ceremonial role, carrying out ambassadorial and representative duties.

Commenting on his appointment, Cardinal Murphy-O’Connor said: “It is a great honour for me to be invited to become the first Chancellor of Newman University. In accepting, I am conscious of the admiration and devotion of so many people to the university Patron, Blessed John Henry Newman. I look forward to beginning my chancellorship in March this year.”

Founded in 1968, Newman was awarded university college status in 2007, receiving full university status in February 2013. With a strong reputation for teacher training, it also offers a range of undergraduate, postgraduate and foundation degree courses covering a range of subjects, primarily in the fields of humanities and social sciences.

It was recognised in the Top 10 UK universities for quality of teaching in the Sunday Times Good University Guide 2013 and is one of a select group of 15 higher education institutions to gain three ‘high’ ratings in the Which? University Guide.