Bishop of Lancaster on Vatican Radio 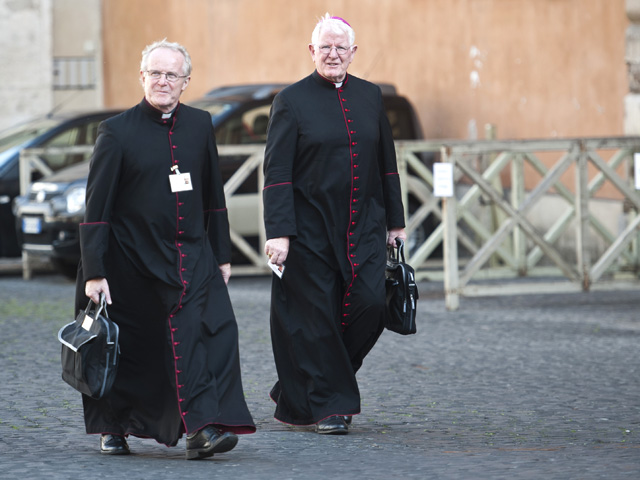 The Rt Rev Michael Campbell OSA, Bishop of Lancaster, is taking part in the Synod of Bishops on new evangelisation.

During a break in the busy schedule, he took a few minutes to talk to Vatican Radio’s Philippa Hitchen about life in his diocese in the North West and about his hopes for the outcome of the three-week encounter.

“I would hope the Synod won’t be problem or issues-driven… as I go around my diocese, I see the goodness of the lives of so many people… so I’d like a word of comfort and reassurance for them from the Synod…

“We are addressing [secularism] taking our lead from the Holy Father especially in this Year of Faith. In the diocese of Lancaster our means are modest but we have anticiapated the ‘Year of Faith’ …during last Lent we offered the opportunity of Reconciliation, Confession each Wednesday night in their parish church from 7 to 8… and the feedback has been really very approving…”

“I’m constantly amazed at the goodness and vitality of the faith… At an ordination to the priesthood recently, full cathedral, young lad – fine young man – the majority of those present were young people and some of them were moved to tears – they’d never witnessed anything like this before. That, to me, was the Church putting her best foot forward.”

“…It’s a hard world back at home to be a practising Catholic or Christian – there’s a lot of opposition and indifference. Young people have to be particularly strong to hold onto their faith.

“One anxiety would be that we don’t seem to have succeeded in passing on the content of the faith. People say that two generations have lost it. But I think that we’re on the right path. We’ve stumbled and digressed slightly – but with the help of the Synod here and all that’s been emerging – like the documents of the Second Vatican Council, Pope John Paul II’s Novo Millennio Ineunte and Pope Benedict’s Porta Fidei announcing the ‘Year of Faith’. All these things help.”

The full interview can be downloaded/played at the top right-hand corner of this page. Many thanks to Vatican Radio.