Bishop Declan Lang: Support the Holy Land’s young people so they can live in justice and peace 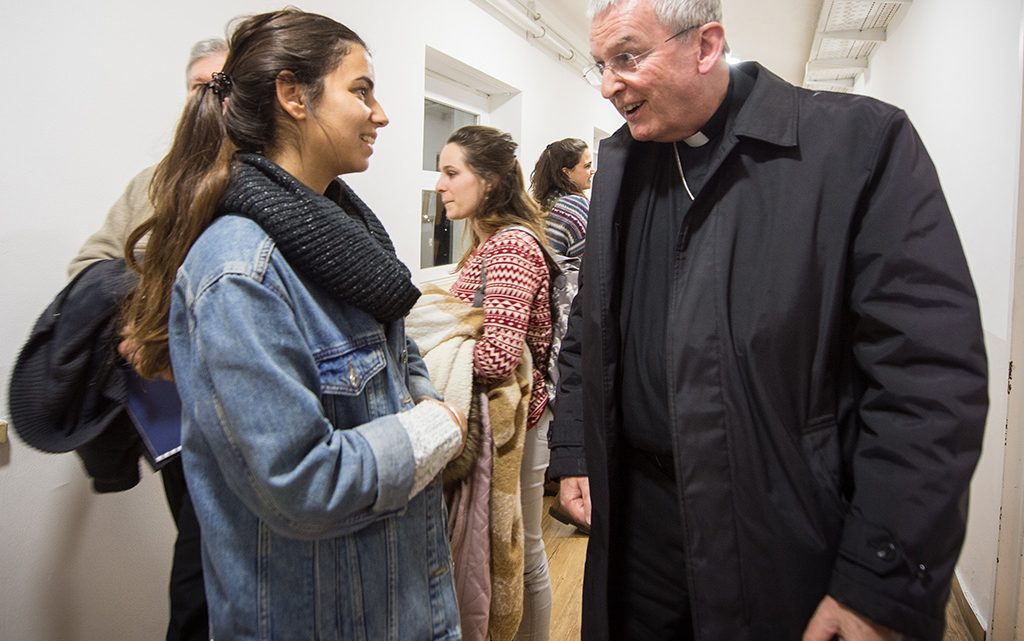 Bishop Declan Lang, moderator of the Holy Land Co-ordination – bishops who visit the region for an annual pilgrimage in January – talks about the aspirations of young Israelis and Palestinians at the conclusion of this year’s visit.

Welcome to Jerusalem – a city that’s important to three of the world’s great religions: Christianity, Judaism and Islam.

My name’s Bishop Declan. I’m the Bishop of Clifton in the West of England and also moderator of the Holy Land Co-ordination group that comes here every year in January.

Our purpose is to support the local church through prayer, through pilgrimage, and, when we go home, persuading our governments of the need to help people in this part of the world in areas of justice and peace.

This year we’ve been looking at the role of young people and the way that young people see this part of the world and life in general. We’ve spoken to children from primary schools, secondary schools, from university and also from the military. As one of them said, young people are, in one sense, all the same throughout the world.

They’ve got hopes, they’ve got expectations and certainly we’ve seen some very able and gifted young people – both in Palestine and in Israel.

There is a desire amongst the young people that people should live in peace together, they want a peaceful world, and they want to be free of the fear they sometimes have in their own lives but, like many people, they don’t know how best to go about it.

They are encouraged to meet others from different cultures in order to come to an understanding that together we’re all human beings. Perhaps that’s one of the best things that one of the students said: “I’m a human being and I want other people to respect my dignity”.

As we come to the end of our Holy Land Co-ordination pilgrimage, we return to our various countries – to the United States, to South Africa, to many of the European countries that we represent. We go back home to make our own people aware of the situation here in Palestine and Israel, and to persuade our governments to take an interest in this part of the world – to put pressure on so that all people may live in justice and peace.

Together, with a sense of solidarity, we can move forward in peaceful co-existence enabling everyone to flourish.

catholicnews.org.uk/hlc18
Our section on the Holy Land Co-ordination 2018

flickr.com/catholicism
Experience the Holy Land Co-ordination through the excellent images on our Flickr stream.