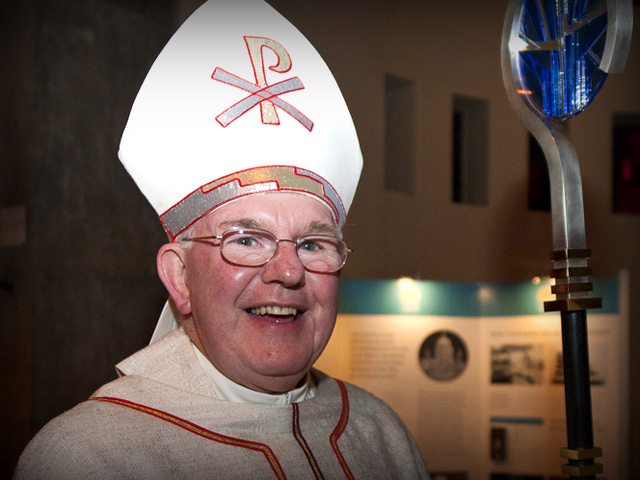 It has been announced in Rome today, Wednesday 27 February 2013, that the Holy Father, Pope Benedict XVI has accepted the resignation of the Most Reverend Patrick Kelly as Archbishop of Liverpool and Metropolitan of the Northern Province. This decision takes effect immediately.

Archbishop Kelly made this request to the Holy Father in January because of the stroke he experienced on 10 December 2012.

“Last Sunday in a letter read at all Masses I reflected on the retirement of the Holy Father and my own. I recalled the thanksgiving in which many shared on the occasion of my Golden Jubilee as a priest on 18 February 2012. All that remains to be said will find its place within the Mass to be celebrated tomorrow, Thursday, evening at 7pm in the Metropolitan Cathedral which will accompany the Holy Father’s moment of retirement; and again in the great annual diocesan celebration called the Mass of Chrism in the Cathedral on Wednesday of Holy Week, 27 March, at 7.30pm.”

Archbishop Kelly will continue to reside at Archbishop’s House, Liverpool, until his successor is appointed.

It has also been announced in Rome today, Wednesday 27 February 2013, that the Holy Father has appointed the Right Reverend Thomas Williams, Auxiliary Bishop of Liverpool, as Apostolic Administrator of the Archdiocese of Liverpool to ensure that necessary oversight and pastoral leadership are maintained during the period of Sede Vacante (the Vacant See).