Archbishop Nichols calls for a shared understanding of Human Dignity 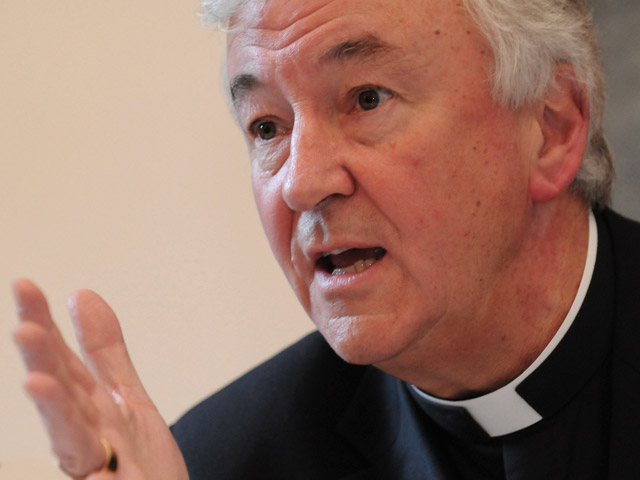 The Archbishop of Westminster, the Most Rev Vincent Nichols, has called for a more developed and shared understanding of human dignity for the good of all in society.

In an address to the Thomas More Society at Lincoln’s Inn on Monday evening, 25 June, the Archbishop explored the problem in reaching an agreed definition at a time when the precise meaning of human dignity is increasingly being questioned – particularly in ethics and law.

The Archbishop said this was no mere academic debate:

“It matters very much because the notion of human dignity plays a key role especially in international conventions, and in our understanding of the moral life. How in our pluralist society we develop and hold onto a shared understanding of such a key concept can have an immense influence on the quality of moral and social development of people.”

“I will propose that human dignity means, in Michael Rosen’s striking phrase, the inner kernel of transcendental value or worth that persons have simply because they are human and irrespective of whether they or others consider themselves to be thus valued.”

The Archbishop concluded with an appeal to dialogue:

“Through dialogue and engagement with others, as Christians it is our role both to bring the light of that truth to a world in need of healing and hope, and also to seek with and through the insights of others a deeper understanding of where that truth may yet be leading us.”

To contribute to this dialogue, he also expressed his hope that a high-level inter-disciplinary academic conference in Oxford this week, on the theme of ‘understanding human dignity’ would advance this shared understanding – especially among the judges, legal academics, philosophers and theologians taking part.

The Oxford conference is jointly sponsored by the Bishops’ Conference of England and Wales, together with Oxford University, the British Academy, Queens University Belfast and the Pontifical Academy of Sciences in Rome.

Lecture: Human Dignity – What is it?