Archbishop McDonald challenges UK and US government on freedom of religion 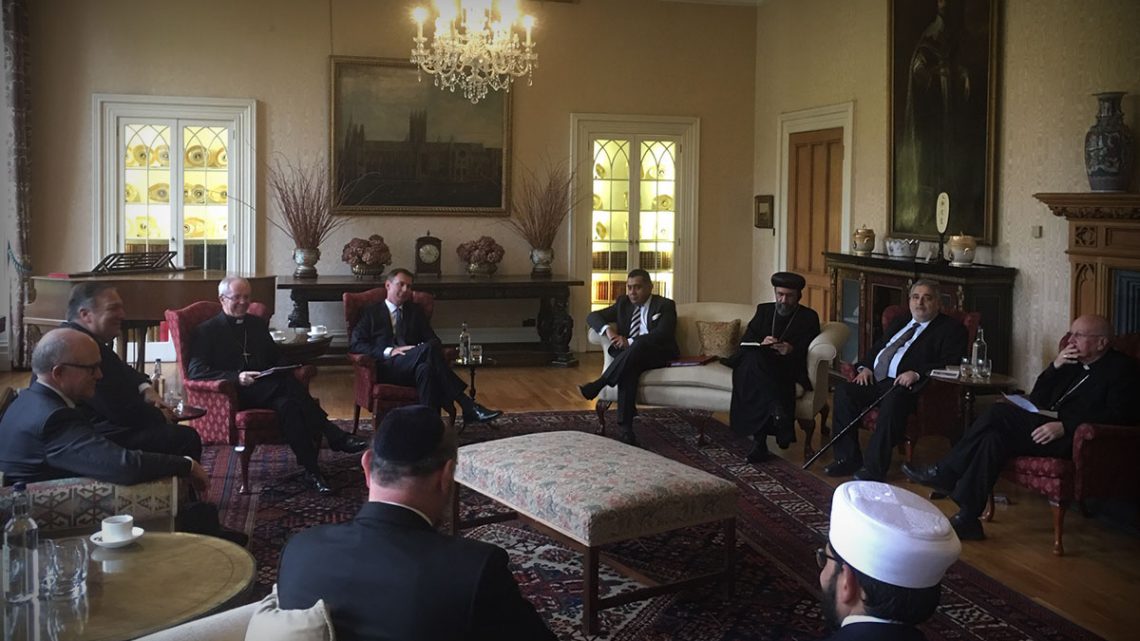 Archbishop Kevin McDonald joined other faith leaders in calling on UK and US governments to protect freedom of religion and belief at a meeting hosted by the Archbishop Justin Welby, the Archbishop of Canterbury at Lambeth Palace today.

Mike Pompeo, US Secretary of State, and Jeremy Hunt, UK Foreign Secretary, joined the Christian bishops, the Chief Rabbi Ephraim Mirvis and Imam Qari Asim at the meeting where both politicians claimed the promotion of freedom of religion and belief was central to their governments’ administrations. Mr Hunt said the UK was playing catch-up, having shied away from freedom of religion and belief in the past and that was why he had launched the independent inquiry into Christian persecution earlier this year.

Archbishop McDonald said that the Church was a sacrament of unity for the whole world and it was incumbent on any religion that believes in a creator God to promote a language and framework to engage with all people, irrespective of their beliefs.
“Tolerance is not enough,” said Archbishop McDonald. “We must engage inclusively and creatively with all.”

He called for their rhetoric on freedom of religion and belief to inform all policy and went on to challenge the UK and US governments on their foreign policies as these had significant repercussions on religious groups and innocent people across the world.

“A concern for religious freedom should not be seen in isolation. It needs to inform policy across government, particularly on Aid and the sale of arms to other countries.”