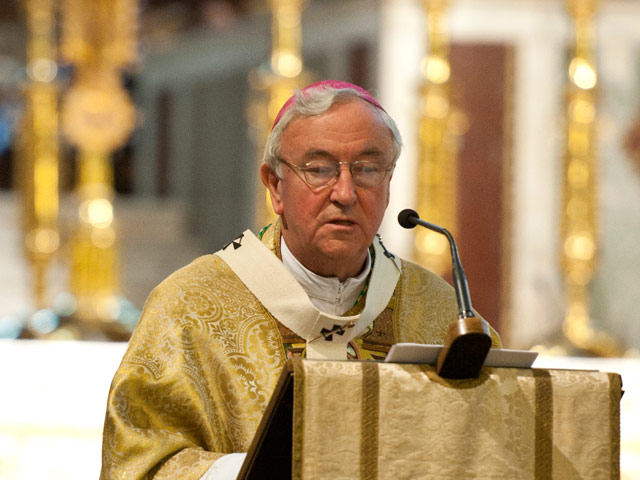 The Archbishop of Westminster, Vincent Nichols, has celebrated 5pm Mass in Westminster Cathedral to celebrate the Queen’s Diamond Jubilee.

In his homily, he spoke of how he was a primary school student at the time of the Coronation and it was the first thing that he ever saw on television:

“The Coronation of Queen Elizabeth II was the first thing I ever saw on television, in our neighbour’s house. Yet the moment is still vivid in my mind. The young, beautiful queen, the grandeur of the event, the solemnity of the anointing at its central moment, the size and weight of the crown bearing down on her head, the joy and fun of the party in the street later that day.”

The Archbishop pointed to the Queen’s stillness and serenity during decades of domestic, social, educational, international, economic and political change:

“There has been something about Her Majesty that has not changed at all. She has retained an inner quality, yet one that is clearly visible, throughout all these vicissitudes: a quality of stillness, of calm, of serenity.”

He went on to highlight Her Majesty’s Christian commitment and service:

“Much has been said, and quite rightly so, about our Queen’s remarkable record of service to our nation, to the Commonwealth and to the entire community of nations. I am sure that it is her Christian faith that lies at the heart of this commitment to service.”

Archbishop Nichols also gave thanks for the wonderful welcome that the Queen gave to His Holiness, Pope Benedict XVI in 2010 and recalled the Queen’s “gracious words of appreciation of the ‘special contribution’ made to society by the Catholic Church, spoken in the presence of Pope Benedict at the Palace of Holyroodhouse.”

Today, Tuesday 5 June, is the Feast Day of St Boniface, Bishop and Martyr. 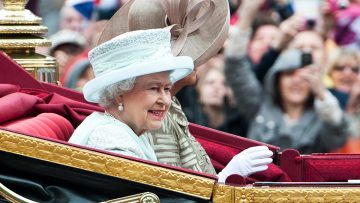