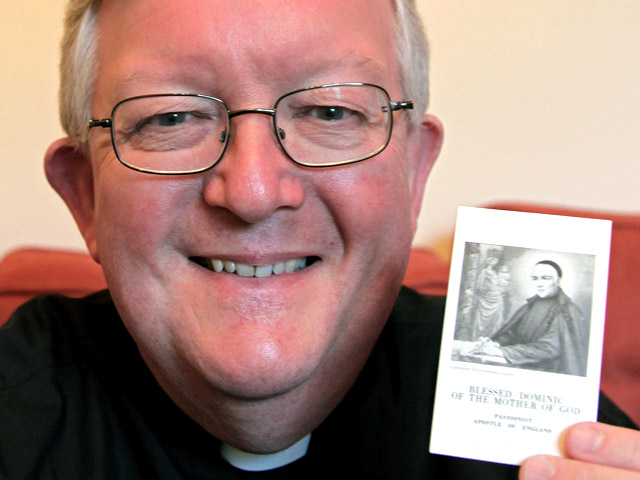 Blessed Dominic, an Italian missionary and member of the Passionist Congregation, died in Reading on 27 August 1848, aged 57.

The Archbishop of Birmingham dedicated the Year of Faith in the Archdiocese of Birmingham to the patronage of Blessed Dominic Barberi.

The Year of Faith, which ends in October, was instituted by Emeritus Pope Benedict XVI during the International Synod of Bishops on the New Evangelization, in Rome during October 2012.

It was Fr Dominic Barberi who received John Henry Newman into the Catholic Church at the College, Littlemore, near Oxford, on 9 October 1845.

Newman, in his Apologia pro Vita Sua relates how Fr Dominic arrived soaked from the rain and while he was drying himself, the former Anglican clergyman knelt and asked to be received into the Catholic Church.

During his homily on the Feast of Blessed Dominic Barberi, Archbishop Bernard Longley said: “The witness and preaching of Blessed Dominic make him a good patron for the Year of Faith since the Church has been encouraging us to embrace our faith in Christ with deeper understanding and to share it with others with renewed confidence and enthusiasm.

“Blessed Dominic approached the world, not with suspicion or fear but with confidence and love. He did not accept the way of the world but he tried to understand people and their needs so as to be able to awaken in them a thirst for Christ. He possessed the confidence and cheerfulness that arose from his deep trust in the crucified Christ.”

The Archbishop of Birmingham added: “At the Beatification of Blessed John Henry Newman three years ago in Birmingham there was a moment when we remembered Blessed Dominic from whom Cardinal Newman first received the Sacraments in the Catholic Church and to whom he made perhaps the most important sacramental Confession of his life.

“Blessed John Henry Newman recognised in Blessed Dominic something for which he had been searching – a moving example of goodness and holiness that would confirm his intellectual conviction that the claims of the Catholic Church were true. He could move forward with heart and mind united.”

Archbishop Bernard Longley concluded: “The world still needs those moving examples of goodness and holiness, like Blessed Dominic, if our preaching is to be effective and so that the message of the Good News, offered through the new evangelization, can take root afresh in the communities and neighbourhoods that we know.

“We pray that God will permit the influence of Blessed Dominic Barberi and Blessed John Henry Newman to work with such power on the lives of their petitioners that the Church will soon come to recognise them both as Saints, forever able to lead men and women to love and serve the crucified Christ.”

Blessed Dominic Barberi is buried in St Anne’s Church, St Helens, Merseyside, which is also the shrine of the Passionist Servants of God Father Ignatius Spencer and Mother Elizabeth Prout.

Year of Faith: Study Guide For Parishes To Promote Scripture 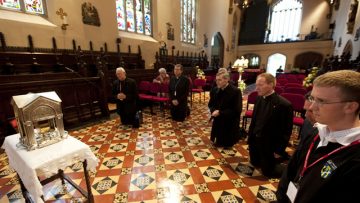 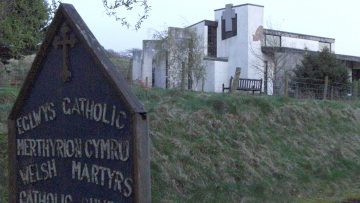 A Certain Idea of Europe