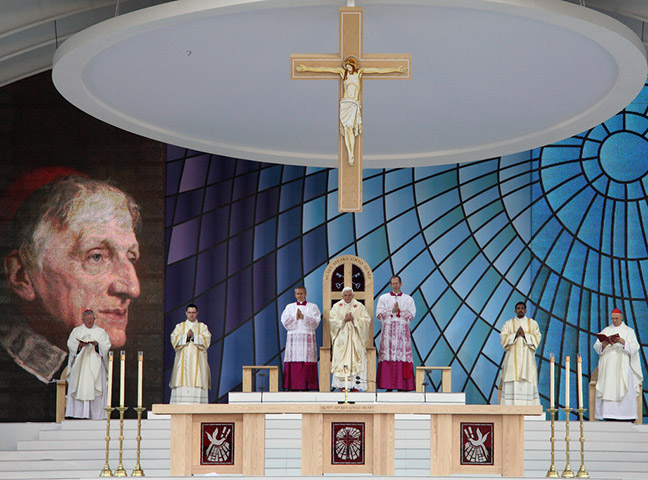 Cardinal » Cardinal Newman » » Actor of the Newman Cause on the se...

Father Ignatius Harrison, Provost of the Birmingham Oratory and Actor of the Newman Cause has greeted, with great joy, the news that Cardinal John Henry Newman will be declared a saint and revealed more about the second miracle required for sainthood.

With great joy we have learned that Pope Francis has authorised the promulgation of a decree confirming a miracle through the intercession of Blessed John Henry Newman, the founder of the English Oratory.

The miracle occurred in May 2013 in the USA. An expectant mother was suffering from unstoppable internal bleeding which threatened the life of her child in the womb. She had long been a devotee of Blessed John Henry, and in prayer she directly and explicitly invoked Newman’s intercession to stop the bleeding. The miraculous healing was immediate, complete, and permanent.

The case was passed to the Postulator of the Cause in Rome, Dr Andrea Ambrosi who examined and documented the miracle, which was then scrutinised and approved by the medical and theological commissions of the Congregation for the Causes of the Saints.Now that the Holy Father has authorised the decree, we may reasonably hope that John Henry Cardinal Newman will soon be canonised. The Holy See will decide the date.

This confirmation of Newman’s heroic sanctity will be welcomed by Catholics and Anglicans alike, and many others. Newman was a central figure within the Oxford Movement in the Church of England, and this helped him to make his unique theological and spiritual contribution to Catholicism after his conversion in 1845.

Newman’s long spiritual pilgrimage ‘out of shadows and images into the truth’ encourages all Christians to persevere in their quest for God above all else. His conversion to Catholicism is a clear example of how God uses all the varied circumstances of our lives to draw us to Himself, in His own good time, and in so many different ways.