2012 Olympic choir to sing at Paralympic Mass of thanksgiving 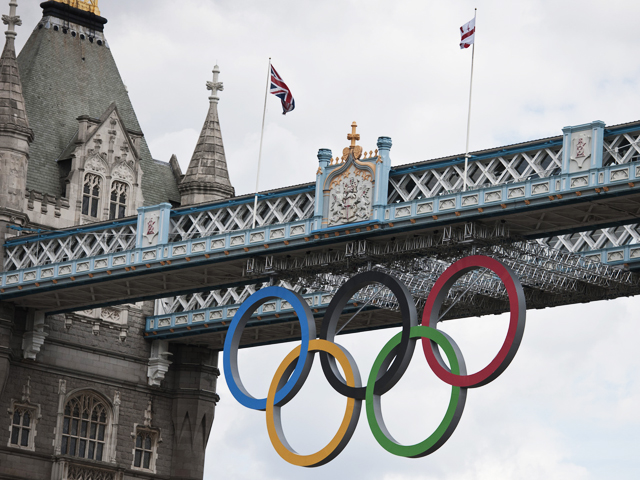 The Dockhead Choir, best known as the opening act of the 2012 Olympic opening ceremony, will again sing publicly in connection with the 2012 Games, this time at a Mass of Thanksgiving for the Paralympics which will take place in St George’s Cathedral, Southwark on Saturday 8th September at 12:30pm.

On this occasion the choir and accompanying orchestra, which provide music for many of Southwark Catholic diocese’s main occasions, will be directed by Dockhead’s parish priest, pianist Canon Alan McLean.

One of the most moving moments of the Olympic opening ceremony will be relived as a song of true worship as the Dockhead Choir sing the first verse of Jerusalem live and unaccompanied, dressed in the same attire they wore at the Olympic stadium.

“It will be a slightly different version of Jerusalem on this occasion to that sung at the opening ceremony,” stated Canon Maclean. “However, above all the young people – and their parents – are both delighted and honoured to be taking part in this special liturgy.

He went on to say that “being a part of the Mass in thanksgiving for the Paralympic Games is equally as great an honour for us all as being the first voices to be heard at the opening of the 30th Olympiad,” adding that “singing in worship of God is what the choir does best.”

James Parker, Catholic Executive Coordinator for the 2012 Games, said of the Mass:

“A very deliberate decision was taken to leave the invitation open to everyone who wishes to attend.”

He went on to mention that “the key theme the Catholic bishops wish to be heard loud and clear is that ‘EveryBody has a place’ within the Church. This was the resounding theme of our recent international one-day conference in London on disability, theology and sport, and will continue be our on-going anthem long after the Games have ended and have moved on to Russia and Brazil.”

“We hope that Paralympians both past and present, whether Catholic, Christian, or of any faith and none, will come to hear of the Mass and choose to join the hundreds of others who will be present. We want to celebrate and give thanks to God for the preciousness and potential that lies within each and every life, particularly for how these are manifest within the domain of sport.”

“We need to treat the Paralympic Games with exactly the same enthusiasm as the Olympics and really get behind the athletes. Whilst they are separate games, Paralympians are amazing sports people who have worked hard and have faced the same ups and downs as those who participated in the Olympics. It’s just that they engage in events in a different way and utilise apparatus that has been geared to allow them to practice the sport they are so skilled at.”

Speaking on how the Catholic community in particular can engage with the Paralympic Games, Gangemi saw them as an “opportunity for schools to deliberately show the games, to have disability-themed assemblies and to recognise the potential of all human beings within our society. This,” she said, “is an opportunity not to be missed. The Paralympics are a unique example of faith in action and a place where all do what they do to the very best of their ability.”

1. The Dockhead Choir is made up of 40 children and teenagers from the church choirs of the Most Holy Trinity Parish, Dockhead, and St William of York Parish, Forest Hill, in South London

2. To listen to the Dockhead Choir at the opening ceremony on a YouTube audio, visit: www.youtube.com