Young British Catholics in Rio to see the Pope 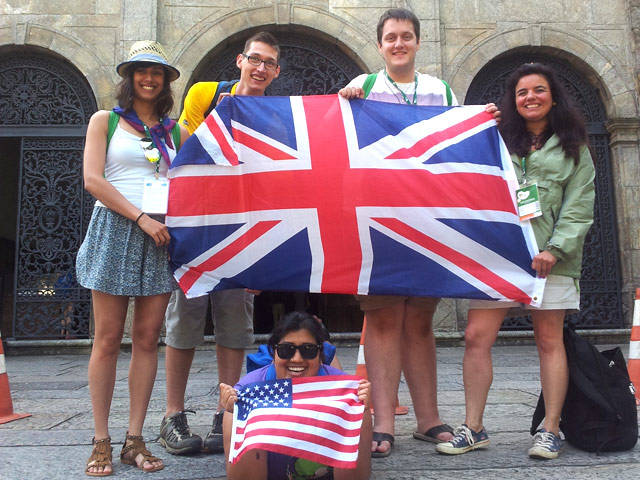 The first Latin American Pope arrives in Brazil on Monday 22 July and some notable highlights of the seven day visit include:

This is Pope Francis’ first international trip as Pontiff.

Spiritual and practical preparations for the largest youth festival in the world have been taking place across the country over the past year in the Dioceses of Westminster, East Anglia, Birmingham, Liverpool and Aberdeen which have all sent sizeable groups. Other pilgrim groups include the University of London, Cafod and the Neo-Catechumenal Way (a new global movement within the Church).

There is a strong British line-up on the World Youth Day social media team in Rio itself and British pilgrims have responded to the papal call to be ambassadors to their contemporaries within the digital continent on their blog and through social media:

This year the English version of the WYD Anthem will be performed by an English band, Ooberfuse, hear it here – ‘Go be missionaries’.

For those young people unable to travel to Rio, there are ‘WYD @ home’ events. There is one in the north and one in the south – the ‘Rio comes to Kent’ Brightlights festival is at Aylesford Priory and ‘Rio’s coming to Castlerigg’ is in Keswick, Cumbria. Both promise to be the next best thing to Rio this summer.

In size and scale WYD is a major international youth event that, on major celebration days, far exceeds an Olympic Games or Rugby World Cup for the host city.

Pope John Paul II established World Youth Day in 1985, and the first official WYD was held in 1986 as an annual event to reach out to the next generation of Catholics.

The first World Youth Day was held in Rome. It is celebrated every year in Rome at a Diocesan level and a major international celebration is held every 2-3 years in a different host city.