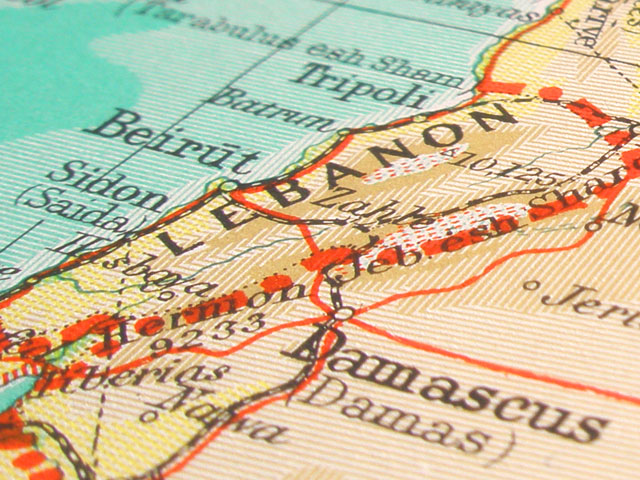 Pope Benedict XVI today looked forward to this weekend’s trip to Lebanon where he’ll release a document on the Middle East – a Post-Synodal Apostolic Exhortation. It is the fruit of a Special Assembly of Catholic Bishops that took place in Rome almost two years ago (October 2010).

Speaking at the end of his weekly Audience, the Holy Father said:

“I rejoice at this apostolic trip which will enable me to meet many members of Lebanese society: the civil and ecclesiastical authorities, Catholic faithful of various rites, other Christians, and the Muslims and Druze of the region.

“I thank the Lord for this rich variety, which will be able to continue only if people live in permanent peace and reconciliation. For this reason I exhort all Christians of the Middle East, both those born there and the newly arrived, to be builders of peace and architects of reconciliation.

“Let us pray to God that He may fortify the faith of Christians in Lebanon and the Middle East, and fill them with hope. I thank God for their presence and call upon the entire Church to show solidarity, that they may continue to bear witness to Christ in those blessed lands, seeking communion in unity.”

Our Middle East consultant, Dr Harry Hagopian, continues to look ahead to the Papal Visit to Lebanon. In this media clip, he considers the reception Pope Benedict XVI is likely to receive from Christians and Muslims alike on Friday, 14 September 2012.

“There’s a real sense of expectation by all communities in Lebanon – remember there are 18 of them – to welcome Pope Benedict XVI when he arrives.

“There has been a sense of welcome, not just by all the Christian communities, but also by the Muslim communities. Hezbollah, for instance, has already welcomed the Pope, as has the Grand Mufti of Lebanon, Sheikh Rashid Qabbani, as has the Mufti of Tripoli where there have been clashes between pro-Syrian and anti-Syrian groups.

You can also listen to Dr Harry Hagopian on AudioBoo, embedded in the right-hand side of this page, or follow us: audioboo.fm/catholicchurch

vatican.va
Speeches, homilies and information from the official website for the Holy See