Statement on the vandalism at Latroun Monastery

MENA » » Statement on the vandalism at Latro...

The vandalism committed against the Cistercian monastery at Latroun is the latest example of a disturbing pattern in which Christian and Muslim sites are being targeted by extremists or settlers within Israeli society.

We deplore this latest act since we firmly believe that it stands in stark contrast to the views of most Israelis.

The powerful statement by the Assembly of Catholic Ordinaries in the Holy Land illustrates vividly the scale of the problem and the impact that rising intolerance is having on Christians as well as on the broader Palestinian society.

We echo the call of the Assembly in urging the Israeli authorities to take urgent action to deal with both the perpetrators of such incidents and address the attitudes that encourage such examples of intolerance.

Listen to the Bishops’ Middle East North Africa consultant, Dr Harry Hagopian, talking about the vandalism in Latroun on AudioBoo. You can listen to a clip in the top right-hand corner of the page.

Statement by the Assembly of Catholic Ordinaries in the Holy Land 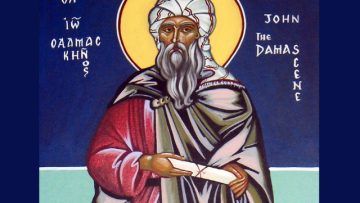 A Day of Prayer for the Middle East

Prayer for Peace in Syria