Remember the Suffering Church in the Holy Land and the Middle East during Christian Unity Week, says Archbishop of Birmingham 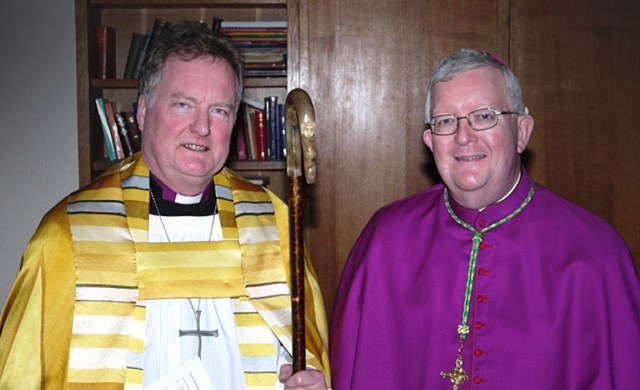 In an address at Coventry Cathedral to mark the Octave of Prayer for Christian Unity, Archbishop Bernard Longley highlighted how shared unity prompts us to remember “our brothers and sisters of the suffering Church in the Holy Land and the Middle East.”

He referenced the work of “organisations such as the Friends of the Holy Land” which “draw together Christians from all our Churches in prayerful and practical support of these ancient Christian communities to whom we owe so much.”

The charity works in the field of housing, micro finance, the distribution of food and clothing and hosting pilgrimages by overseas visitors involving links with local communities.

Catholic Bishops from Europe, South Africa and North America have just returned from the Holy Land – a visit which focused on prayer, pilgrimage and advocacy for justice and peace.

The Archbishop of Birmingham was invited to preach at Coventry Cathedral Solemn Evensong on Sunday 19 January to celebrate the Week of Prayer for Christian Unity. The Right Reverend John Stroyan, Bishop of Warwick led the service because the Right Reverend Dr Christopher Cocksworth, Bishop of Coventry was suffering from a chest infection.

Archbishop Bernard Longley is the Co-Chairman of ARCIC III. ARCIC III is the third phase of the international dialogue between the Anglican Communion and the Catholic Church. It originally began in response to the Second Vatican Council and as a result of the visit of the Archbishop of Canterbury, Dr Michael Ramsey, to Pope Paul VI in 1966.

You can download Archbishop Longley’s Address for the Octave of Prayer for Christian Unity by using the link in the top right-hand corner of this article.