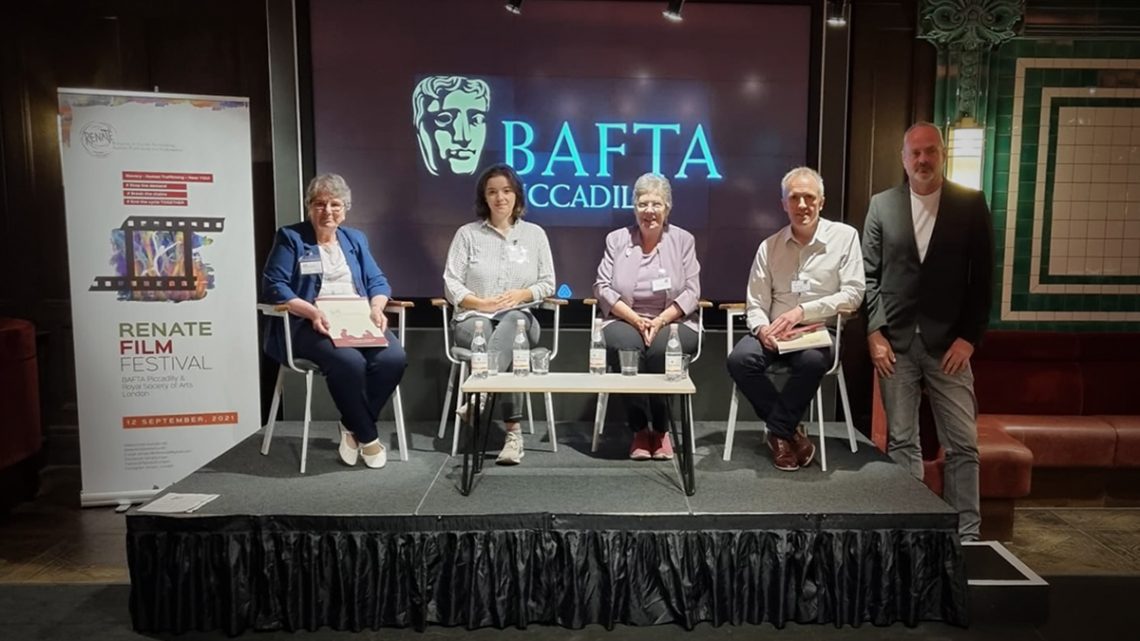 Cardinal Vincent Nichols has commended the work of a Catholic organisation that will hold a film festival on anti-trafficking themes in London on 12 September.

RENATE, Religious in Europe Networking Against Trafficking and Exploitation, has organised the festival in partnership with BAFTA, the British Academy of Film and Television Arts. The Royal Society of Arts will screen the three winning entries to the public and the film of the overall winner will be shown at a private viewing at BAFTA’s central London HQ where the annual film and TV awards are held.

“Human trafficking and modern slavery is an abhorrent, evil crime that can only be combatted by a concerted and collective effort. I commend the work of RENATE in their care and protection of trafficked women as they seek to rehabilitate and reintegrate them into society.

“This project, which invites young filmmakers to use their story-telling skills to contribute to the RENATE film festival, is particularly relevant in bringing this terrible crime to our attention. As Pope Francis said at the launch of the Santa Marta Group, ‘We need to learn to cry again’ at the plight of those in slavery. For then we will know what to do.

“While millions of people are trafficked across the world, and this number is only increasing at this time when the COVID pandemic has made so many more people vulnerable to traffickers, it is only by hearing individual stories that our hearts are truly touched.

“That is why these films are so important. Bringing these stories to the RSA and BAFTA in London this September will help in increasing awareness of this human tragedy that is all around us, wherever we are.”

Imelda Poole MBE, a British Loreto Sister based in Albania who heads up RENATE, reported at the festival’s launch that 70% of RENATE’s 350+ members work directly with victims of modern-day slavery. “Trafficking covers more than sex trafficking,” she said. “It can be labour trafficking and trafficking in human organs.”

She felt, “the cross of Jesus Christ is never far from the heart of this mission”.

Sr Marie Power of TRAC (Trafficking Awareness-Raising and Campaigning) said that her organisation, formed by 16 religious congregations in the UK, works with RENATE, “to give victims a forum to tell their stories”.

She suggested that the cheap clothes industry, car washes, fruit and vegetable fields, and nail bars are amongst the places where people can be found working and living in slave-like conditions.

The religious help victims escape oppressive conditions, provide safe houses and help some to return home. “We should decriminalise the victims, such as women in prostitution, and criminalise the buyers of sex,” she suggested.

RENATE feels that film is an effective way to reach people. So, it has been inviting 16 to 24-year-olds in Europe to enter their film competition to raise awareness around human trafficking. Young filmmakers have three weeks left to produce a short film, up to four minutes long, individually or as part of a team, around the slogan ‘Slavery- Human Trafficking – Near YOU!’. The deadline for entries is 20 August and advice for entrants is available on the RENATE events website. Competition winners will receive £2,000 for first place, £1,000 for second place, and £500 for third place.

The Film Festival will also show films made by RENATE members and friends. The goal of this film festival is to expose the plight of modern-day slaves by providing a platform for victims and survivors to share their stories and the impact it has had on their lives; to encourage people to combat modern slavery; and to showcase the work of Religious across Europe who care for the victims whilst advocating for legislative change to end the practice.

Further details about the film festival on 12 September and the competition itself can be found on the RENATE events website.