Iraq: a political war couched in a human disaster 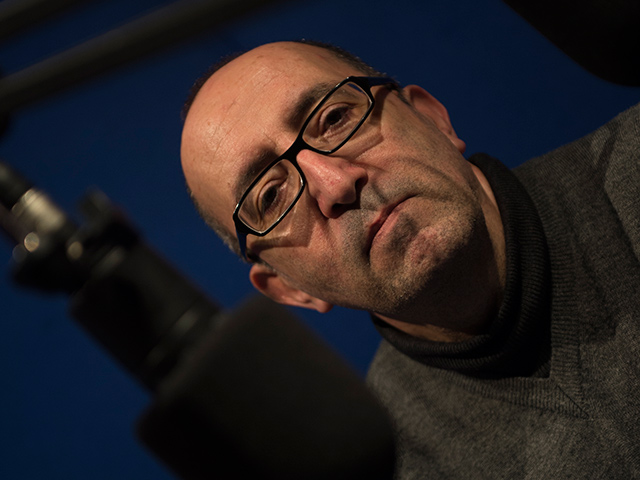 The world – and largely our Western world – was so engrossed in the black and white discussions of the MENA region where we often see-saw in our viewpoints on the good, the bad and the ugly according to the latest development or theory, that we had conveniently overlooked the most glaring fact of all. Politics often finds its highest resolution in the grey areas rather than in certainties or abstracts. And that grey area is also where the humanitarian disasters breed often.

The ISIS factor – since we have sidestepped al-Qa’eda with its ignominious excesses for now as we focus on a radical and merciless bunch of few thousand caliphate-friendly Islamists – is not something that was created in Tal Afar, Mosul or even at Fallujah and Ramadi. The ISIS factor had been growing ever since 2011 when US forces drew down almost entirely from Iraq.

But let me go back in the annals of history. There is no doubt in my mind that the dismemberment of the Ottoman Empire and the subsequent colonial rule in Iraq played their roles in keeping the citizens of the Tigris and Euphrates subject to the whims of their rulers and by proxy to that of their foreign puppet masters. It is also quite true that Operation Freedom 2003 and the brutal let alone ill-advised deba’athification (de-institutionalisation) of Iraq played its part in rendering the situation more perilous. Add to all this the fact that the US pullout in 2011 and the heavy-handed policies of the Maliki government became recruiting sergeants for ISIS.

However, in my opinion, based as much on my familiarity with the country as on the opinion of regional analysts, there are two key reasons why ISIS has become the new manifestation of a problem infesting many of those MENA societies that are ruled pitilessly top-down.

The first one is the rampant sectarianism exercised by PM Nouri al-Maliki. True, the Shi’i majority in Iraq had a very awful time of it with Saddam Hussein but it is inadmissible to turn the tables on the Sunnis so much so that they feel like pariahs in their own country. As a large community that has suffered discrimination and segregation, the Shi’is must not act in the same manner. Yet, this is what the current prime minister has done, and in this he has enjoyed a pat on the back from Iran that is trying to consolidate its own geopolitical hold on the whole country.

An equally bad reality in Iraq – as much as in the broader MENA region – is the miserable failure of healthy economic and social benchmarks despite one of the largest oil reserves in the world. Many Iraqis are still poor and such penury, when wedded to rampant corruption, produces anger, divisions and ultimately insurrections. The enemy of my enemy quite easily becomes my friend.

When one places all these factors affecting Iraq into the MENA socio-political and ethno-religious crucibles, and when one also takes into consideration that neighbouring countries such as Syria, Libya, Egypt and even Yemen are also suffering from not-too-dissimilar problems, it becomes evident that closing one’s eyes to reality is as helpful as an ostrich hiding its head in the sand. But at least with ostriches, this is instinctive, whereas with us it is much more purposeful.

So who suffers most as a consequence of the abysmal meltdown of many state institutions, the dearth of an inclusive vision and the terrorism unleashed by radical bigots? The majority of ordinary men, women and children of course who end up turning into refugees in their hundreds of thousands and who become prey to the vultures of society out for a quick profit – or worse.

If Iraq wishes to disengage itself from the spiral of tit-for-tat violence that is beginning to bleed it dry again, as it did few short years ago, the politicians should ensure that there is national cohesion in the country. But this cannot happen if all the different communities are not dealt with equably, fairly and inclusively. Only then would it be possible to talk of an Iraq of Shi’is and Sunnis reaching out in partnership to the Kurds or to other numerically ‘minority’ communities.

Otherwise, what we witnessed in Mosul and elsewhere will be no more than the continuation of waves of violence that could increase inexorably and engulf willy-nilly other parts of the country. Just like cancer metastasises, so does violence, and neither the south nor the north of Iraq would be impervious to a proliferation of radicalism, suppression, sectarianism and homicidal violence. We will then surely witness a dislocated map of Iraq that is in three shades – with the middle part of the country in endemic instability and spawning terrorism, self-murder and more volatility.

But such a scenario for Iraq will also be the fate of Syria and of other MENA countries teetering on the verge of uncertain and compass-unfriendly collapse. No ruler who dares call himself (and alas it is always a testosterone-driven male in the seat) a patriot should be allowed to cause such mayhem and get away without proper judicial accountability.

Mind you, we in Europe also carry our fair share of burden and guilt about the excesses we committed in centuries past – through our rich history of colonialism, violence, awkward injustice or religious intolerance. Therefore, it is not that I have any right to preach at others. Rather, I would argue that two wrongs do not necessarily make one right! Iraqis and the whole MENA region deserve better – freedom from enslavement to political thugs and religious fruitcakes alike.

And let me be self-interested – and candid – enough. We in Europe have laboured so hard within our own EU-friendly institutions to develop painstakingly an imperfect culture of peace in our post-WWII continent. So we do not really need the additional backlash of such radicalism and violence impacting our shores. After all, do we not have enough headaches of our own already?