Monsignor Roderick Strange, Professor of Theology at St Mary’s University, Twickenham, focuses on Newman’s conversion as a response to Sr Kathleen Dietz's address on Newman and the Call to Holiness. 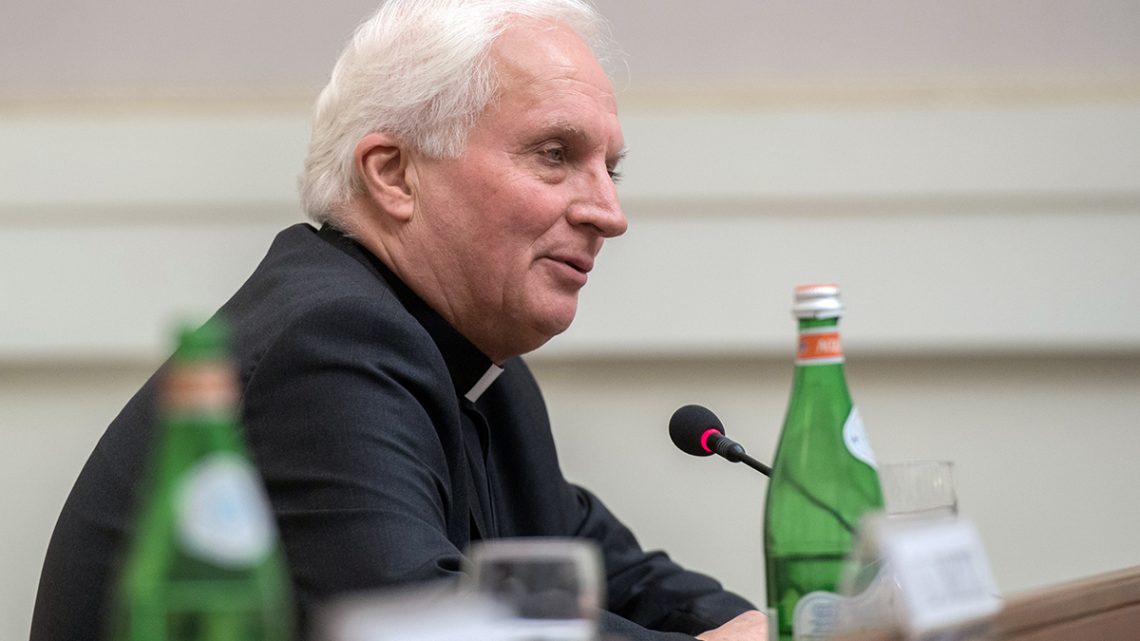 “There was not just that one conversion, but there had been a series of conversions, a continuous response to a series of calls. Conversion is not a once in a lifetime event, but, as wise spiritual directors tell us, a process. We need to keep diving deeper. And although Newman was to speak of his conversion in 1845 as like ‘coming into port after a rough sea’ (Apologia, p.238), the matter didn’t end there.

“The Catholic Church in England was a small, despised minority at that time which did not know what to do with this gifted man who had joined them. So they offered him projects. He was invited to become the first Rector of a new Catholic university in Dublin, to oversee with the American bishops a new English translation of the Bible, to edit a distinguished, but controversial periodical called, The Rambler, and on two occasions in the 1860s to found an Oratory in Oxford for Catholics who might become students there…

“…he responded faithfully to these conversions and callings, seeking always to do what was being asked of him and sharing the Gospel with others. In the words of his cardinal’s motto, he served people by allowing heart to speak to heart, Cor ad cor loquitur.” 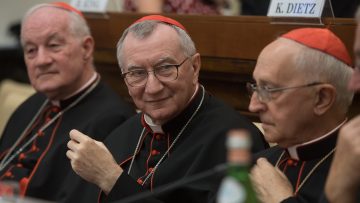 Cardinal Parolin gave the opening address at 'Newman - A Celebration'. 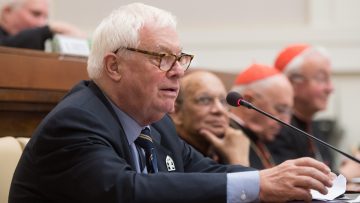 Lord Patten gave a paper on Newman and education 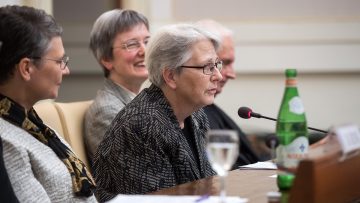 Newman and the Call to Holiness

Sister Kathleen Dietz examined Newman and the Call to Holiness. 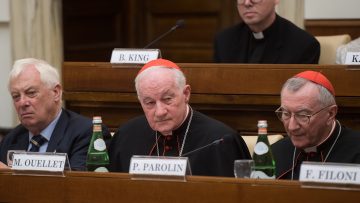 Newman: A Bridge between Anglicanism and Catholicism?