The Catholic Bishops of England and Wales this week put out a message encouraging all Catholics to use their vote in the forthcoming General Election and to seek parliamentary candidates who will serve the common good.

The short message complements ‘’ – the Bishops’ recent document about Catholic Social Teaching. It sets out some of the considerations all voters should have in mind when making choices on how to vote, but clearly states that the Bishops are not advocating any particular political party as that is not their role.

The areas of focus pick on some of the themes explored in ‘Choosing the Common Good’: Valuing Life; Family; Migration; Supporting the development of the world’s poor; the environment; the importance of religious belief.

“Our faith is at the heart of our lives. Religious belief is not just something private: it helps create a society that wants to see everyone flourish. It has a contribution to make and must be allowed to do so in accordance with its teachings.

“Whoever you decide to vote for, from whichever political party you decide to support, send back to Parliament someone who understands and will work for the common good.”

Some issues and questions for Parliamentary Candidates 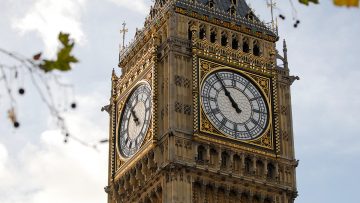 Cardinal: Look beyond politics and seek a fresh start post-election