France, Kuwait, Tunisia: Where next? 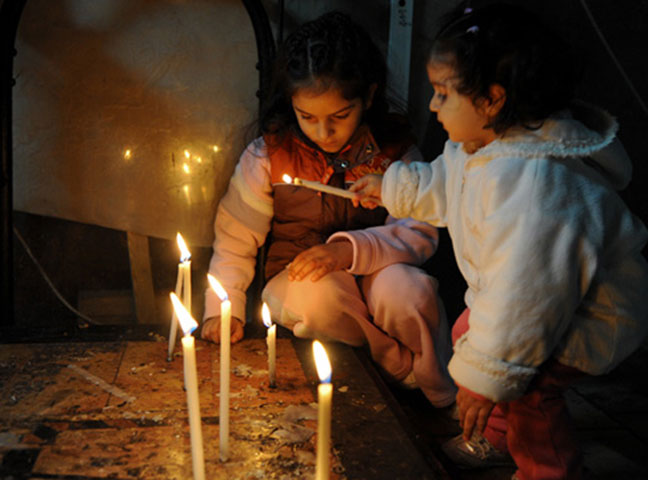 The latest opinion piece from our consultant on the Middle East North Africa (MENA) region, Dr Harry Hagopian offers his views on the latest violence in France, Kuwait and Tunisia. Originally published on aljazeera.com.

I woke up last Friday morning with every intention of catching up with my paperwork. But the pile remained untouched as I became increasingly drawn into the unfurling events of a day that became stained by terror across three continents. Sad is the day when we wake up with news of a brutal attack on a factory in France only to hear later of another one on a Shia mosque – Imam Sadiq – in the centre of the Kuwaiti capital and finally to learn of the slaughter of tourists on the beaches of Sousse, Tunisia. How have we become prey to such vindictive lunacy and obscene self-righteousness?

How is ISIL expanding?

True, we often seek quick answers that might provide equally quick solutions, but I would opine that nobody has discovered them yet. So I will highlight a few staccato reflections that might help steer us towards some answers.

In my opinion, the violence that we are witnessing these days traces its origins, in some way or other, to the botched invasion of Iraq in 2003. Alas, our dismal failure to confront and contain the sectarian violence that also targeted mosques and churches in Iraq has contributed to the violence we are struggling with today.

Despite their herculean efforts, the security services face increasing difficulty in monitoring and apprehending terrorists before they commit their dastardly acts. This is due, in some measure, to the fact that we no longer witness old-style attacks that are centrally managed and then executed by operatives.

In our globalised and cyber-friendly world, a terrorist organisation does not necessarily notify specific individuals but simply uses social media to issue a call to its followers worldwide to commit murder and mayhem anywhere, anytime, and anyhow.
Such ominous and savage warnings must be confronted with defiant resolve since they aim to affect everyone…

This is exactly what I believe the ISIL spokesperson Abu Muhammad al-Adnani strove for a few days ago when he called for such attacks during the holy month of Ramadan.

Hence, some ordinary individuals might well comply with this call, and once they commit a crime, the organisation usually hails or co-opts it before grafting it to its list of religion-motivated and, purportedly, god-inspired acts.

This is why I consider those perpetrators as “lone wolves” who come closest to the idea of sleeping networks – not in the sense of individuals decoding a cipher, but rather as men that I would describe as terrorist mercenaries who follow the call from a religious or political figure they respect and then jump into execution.

And while I certainly do not paint everyone with the same brush, there are nonetheless some imams in different mosques across the world – including in the Middle East and North Africa region – who incite violence. Instead of using their platform to contain hyperactive religious feelings, they exacerbate them and catalyse those terror acts worldwide.

Targeting mosques – such as the one in Kuwait – during the holy month of Ramadan simply shows that those committing the crimes in the name of a cause are ungodly sinners who cannot, in my opinion, claim any theological or teleological justification. Moreover, targeting a Shia mosque in the Gulf region is a scurrilous attempt to ignite hatred. Are the preachers who incite such sectarianism not as guilty as the bombers themselves?

Moreover, although they might appear different, jihadists and autocrats are quite similar in that they both abhor democracy. Hence they mount their attacks in Tunisia or elsewhere in order to stymie any progress towards such freedoms of governance and spurn those freedoms that are the undoing of autocrats and jihadists alike.

The attacks in Europe, and particularly those in France which enforces secular republican values, are meant to provoke a violent European backlash. But such a reaction is what those terrorists seek desperately so they can validate their mottled ideologies and come close to achieving their aim of disrupting orderly societies and the rule of law.

At the risk of appearing weak-kneed, I would suggest that the best response to such abject barbarism is a defiant protest not unlike the much-vaunted Dunkirk spirit: ergo, democracy and a strengthening of our institutions.

With 4,000 Europeans supposedly in Syria (and possibly in Iraq too) waging jihadist battles, I am increasingly anxious about the possible blowback in Europe. We have to be alert to the way our societies will be polarised by some men, and also by some women, who might well come back to wreak havoc on this old continent too.

Finally, let us not subscribe to the hackneyed statement that religion has nothing to do with violence or that it does not cause or mutate it. Or even suggest with unerring certainty that it is not religion but politics that creates terrorists. Rather, would it not make sense to ask how violence and conflict could in fact alter religion?

And we are nowhere near the end of this odyssey either. A report on social media suggested that ISIL had delivered an ultimatum to Palestinian Christians in East Jerusalem to leave the city before the end of Ramadan or face death.