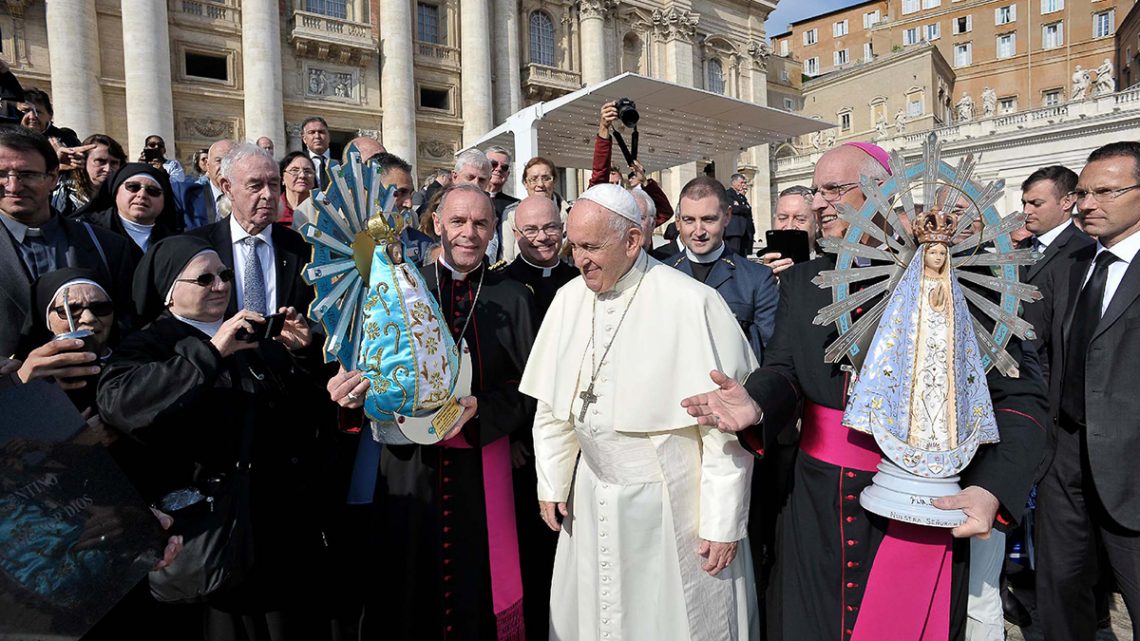 Church » Forces » » Statue of Our Lady of Luján brough...

The UK’s Catholic Bishop of the Forces, Bishop Paul Mason, has returned a statue of Our Lady of Luján, Patroness of Argentina, and received a replica from his counterpart Bishop Santiago Olivera in return.

The statue had travelled with Argentine soldiers to the Falklands for divine protection as they invaded the remote islands in the south Atlantic on 2 April 1982 starting a 10-week conflict. Over 900 military personnel died as well as three islanders before the islands were returned to British control on 14 June 1982.

The statue which was left behind in a Church in the capital Port Stanley before being taken in military cargo back to the UK ultimately found a home at the Catholic Military Cathedral of St Michael and St George in Aldershot.

The porcelain statue was almost destroyed when it was packed up to go to the UK as troops were throwing heavy luggage onto the back of the Hercules plane taking them home. Father Alf Hayes, a military chaplain during the Falklands conflict, said he pulled out the statue to make sure it was placed on top of the pile. “If I hadn’t been there it would have been smashed to bits,” he added.

The exchange took place in Rome on Wednesday 30 October at Pope Francis’ General Audience in St Peter’s Square. The Argentine pontiff met both bishops and blessed the two statues.

The statue Bishop Mason returned was itself a copy of the original which is located in the Basilica of Luján in Argentina. It dates back to 1630 and was blessed by Pope Saint John Paul II who visited the city in 1982.

Soon after his installation as Bishop of the Forces, Bishop Mason was contacted by his Argentinian counterpart Bishop Olivera, who asked if the statue could be returned, given that a group of faithful with a devotion to Our Lady of Luján were eager for this to happen. The offer of a replica for the Cathedral in Aldershot was gratefully accepted.

“At both of the respective Military Cathedrals the congregations have been asked to pray for each other and for peace. The statues will serve as an ongoing reminder to pray for all of those who fell in the Falklands War, while also giving us a symbol of unity in faith and an aid to our prayers for peace.”

Great devotion is shown to Our Lady of Luján who was formally declared as the Patroness of Argentina, Paraguay and Uruguay on 8 September 1930 by Pope Pius XI. 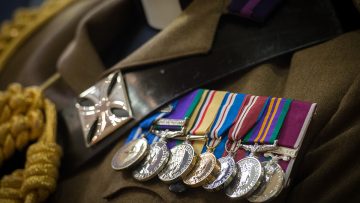